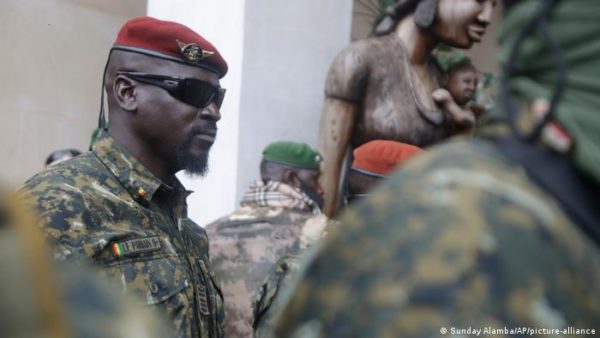 True to its history of non-alignment since the time of the post-independence revolution and the Cold War, Guinea simply did not vote for the United Nations Security Council resolution, submitted on Wednesday March 2 by the Europeans ” demanding that Russia immediately stop using force against Ukraine”. Of the 193 members of the Organisation, 141 countries voted in favor of the text, 5 countries including Russia (Belarus, North Korea, Eritrea, Syria) voted clearly against the text, while 35 countries including Russia’s allies, such as China and Venezuela, preferred to abstain.

The historical economic relations between Guinea and Russia, and the context of transition which requires the support of strong allies to face sanctions and possible isolation as is the case for Mali weighed in the balance. Despite pressure from the European Union on Conakry, calling on the Guinean authorities to support this Security Council resolution, Guinea, faithful to its position vis-à-vis foreign powers, preferred to shun the vote. Privileging its interests, where Bamako has for its part, checked abstention despite its rapprochement with Russia.

The Russian giant, RUSAL, one of the world leaders in the aluminum industry, owns the Compagnie des Bauxites de Kindia (Rusal-CBK) in Guinea, which produces nearly 3.5 million tonnes, but also the Bauxite-alumina complex of Friguia (Rusal-Friguia) which produces more than 650 thousand tons of alumina. The multinational is also engaged in the exploitation of the “Dian-Dian” bauxite deposit through its third subsidiary Rusal-COBAD, in the Boké region with a proven reserve of 564 million tonnes which is increasing in speed. Not to mention cooperation in the fields of medicine, scientific research, studies, defense, etc.

A Russian investment contribution that amounts to hundreds of millions of dollars each year for the Guinean economy. This makes Russia a leading historical, strategic and economic partner for Conakry.

ECOWAS: the new call from heads of state for the eco in 2027

24th African Stock Exchange Conference: when will interconnection be expected?