[Tribune] The sharp rise in oilseeds, cereals and hydrocarbons, consequences of the war between Russia and Ukraine, a real boon for Africa and the start of the ZLECAF 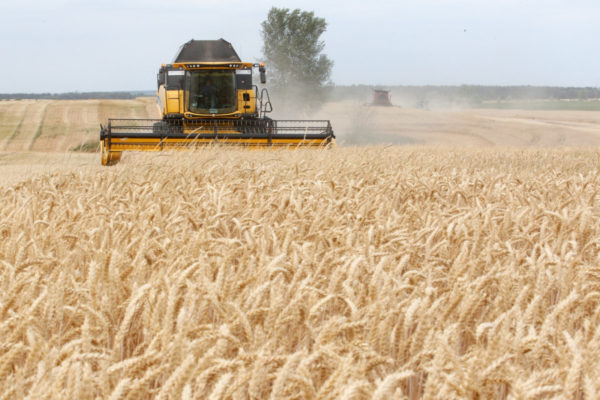 By Meissa Lô*, financial analyst.
Without being too alarmist, we can say that we are probably at the dawn of the 3rd World War, if this is not already the case. A 3rd war that many analysts predicted would be a nuclear or religious war. The military war between Russia and Ukraine and the political-diplomatic war between NATO and Russia do not bode well for the stability of the world. Although the impacts remain localized in Europe for the moment and only affect the world prices of cereals, oilseeds (corn, wheat, walnuts, almonds etc.) and hydrocarbons, in the weeks to come, we can well expect possible increases in the prices of fuel, ammonia and other products derived from gas and oil. Knowing that ammonia, made from gas, is used to make fertilizer, very useful in the agricultural sector. In sub-Saharan Africa alone, 57% of the active population is attached to this sector.

So, what is the African continent waiting for, importers and often dependent on these finished products made from these hydro fuels, to accelerate the process of setting up the African Continental Free Trade Area (ZLECAF) and which must above all be accompanied by a strong policy of industrialization of the continent to lessen the repercussions and consequences of conflicts taking place in other continents. And this policy of industrialization, could be done with an accompaniment and support of the African multinationals in order to facilitate their deployment and anchorage in the continent, knowing that most of these multinationals reinject their profit in the development and growth of their group for better meet the demands of the African continent.

With ZLECAF, 54 African countries are merging into a single market of 1.3 billion consumers. This resource, which will help strengthen sustainable markets, could create a unique economic bloc in the world or one of the most dynamic and efficient with a combined GDP of 3.4 trillion dollars. According to the World Bank and Agence Ecofin, once in place, intra-African trade is expected to increase by 33% and Africa’s total trade deficit should be halved. The Mo Ibrahim Foundation says this free trade area could generate combined consumer and business spending of $6.7 trillion by 2030.

The Covid-19 health crisis had already strained Africa’s health, education, aviation, culture, trade systems, the continent’s public and private sectors were also facing challenges. blockages, stifling sources of income, thus weakening households. Today, several scientists and epidemiologists continue to predict the arrival of other viruses that could further disrupt the global ecosystem. With this war between Russia and Ukraine, the likely next pandemics to come, we cannot wait any longer, regarding the urgency of strengthening South-South partnerships, trade between African states, and infrastructure development. to deal with these scourges.

It is therefore imperative to draw lessons from these two wars, health and military, experienced in the space of 2 years. African states have a very good excuse to speed up the process and must above all understand the stakes and the interest of the rapid implementation of ZLECAF.