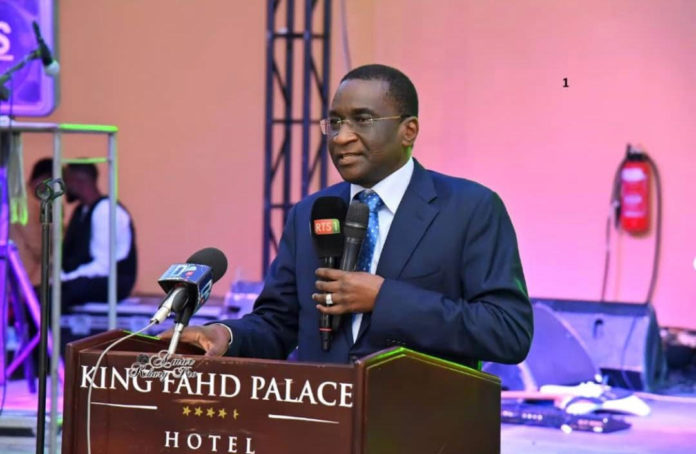 (1 dollar USD = 561.81 FCFA). In this exclusive interview, the President of the Federation of Employers’ Organizations of the Hotel Industry in Senegal, Mamadou Racine Sy, discusses the deep tourism crisis in Senegal. The sector has already lost more than 300 billion FCFA in terms of turnover.

What inventory can you make of tourism in this context of Covid-19?

We thank the Head of State of Senegal who took the decision to grant a hotel loan of 15 billion FCFA (27 million dollars) with an implementation by the Minister of Finance and that of Tourism, a salutary measure which saved the sector. Businesses took advantage of it, we avoided a collapse in tourism and a social slump. The hotel loan therefore made it possible to finance three months of working capital needs. We have agreed to get into debt by showing patriotism to save tourism. Of course, the state is expected to provide fiscal support so that beyond the postponements we can consider stronger measures.

We don’t see any visibility until the end of the 2021 season because the 2020/2021 season is lost by the professionals regardless of the measures that will be taken. We will never be able to make up for the lost sales figures which amount to hundreds of billions of CFA Francs. Two flagships of the Senegalese hotel industry, namely the Terroubi and the King Fahd Palace, each lost 9 billion CFA francs. Since the start of this pandemic, we have lost more than 300 billion f cfa (540 million dollars). At the height of the Covid crisis, some of our hotels were requisitioned by the state. We were received by the Minister of Finance and the Minister of Health. Indeed, 4 billion Fcfa were paid to hotel receptionists. There is just a remainder of 3.5 billion f cfa.

We see that Hoteliers are asking for a postponement or even a tax exemption?

Yes, this advocacy is important. It takes courage, the banks have to play along because when someone dies, if you shoot them, it becomes corpse mutilation. We have reached a critical point where we must take measures commensurate with the severity of this pandemic. Banks must accept deferrals at least until next year. At the fiscal level, the government has taken measures but we must go further and the Minister of Finance has listened to us. It is to be expected that soon steps will be taken to extend tax deadlines.

Unlike Morocco and Tunisia, considered as direct competitors, Senegal is not yet on the list of the European Union, which still closes its borders in this Covid context; is it still worrying for tourism?

You know this is a question of sovereignty, we can only support our government in any decision like this. That said, we will be discussing with the authorities so that windows can be opened to allow tourists, regulars from Senegal, who have hotel reservations and plane tickets, to come freely to Senegal. There is already the beginning of a solution which does not call into question the principle of state sovereignty. The Covid is not here for eternity, we have to think about the post-Covid in order to revive the tourism sector. We must prepare for investments and communication in connection with the Senegalese Tourism Promotion Agency.

We also welcome the availability of the Minister of Tourism who is working hard to allow Senegal to return to source markets. It must be said that the source markets (European countries) encourage their nationals to stay at home. So even if we opened the borders, we must not think that there will be a rush on our countries. European countries have been strongly impacted by the crisis, in particular with punctures on the salaries of their fellow citizens; many of them are more inclined to stay at home. There are new paradigms that will decide the future of the tourism industry. We do not yet know the real impacts of the crisis on people’s consumption habits and therefore on the lasting consequences that this will have in African countries, which very often welcome tourists. The social consequences of this pandemic should also be analyzed. When hotels are running between 10 and 20% of their capacity as is currently the case in Senegal and when travel agencies no longer issue tickets, there is a problem. See, the Senegalese can’t go to France anymore, they’re still on the red list, that’s pretty problematic. The tourism sector badly needs to be infused so that it can last at least another year; this is very important.

It also seems that efforts have been made to the tune of 10 billion FCFA to renovate the King Fahd Palace considered to be the largest hotel establishment in the country?

Hotel closures are being considered along with ripple layoffs because there comes a time when the business can no longer survive. You have seen demonstrations here and there in the sector and one wonders what planet they are on because it is a global pandemic, economic activity is almost at a standstill everywhere. For the specific case of the King Fahd Palace, we are delighted with the renewed confidence of the Head of State and we have made a commitment to implement massive investments amounting to 10 billion FCFA to renovate the Hotel and enable Senegal to meet its international commitments. King Fahd is the hotel that hosts almost all international meetings.

According to the latest estimates, 1137 jobs are at risk in the famous seaside resort of Saly Portudal, what exactly is it?

We are powerless in the face of the crisis. To save these jobs, it would have required very significant tax incentives from the state such as exemption from the payment of the license or charges such as corporation tax (IS). We must dare to take courageous measures in order to set up a real Marshall Plan for Senegalese and even African tourism. Given the considerable impact of the activity on the primary, secondary and tertiary sectors, its transversal nature on the economy, by supporting tourism, we support everyone. When tourism works, the Btp works wonderfully, fish and market garden products too. It is also a sector present throughout the

National territory. We applaud President Macky Sall’s decisive action to put in place resources that have saved tourism. The situation would have been worse without the intervention of the State through hotel loans. That said, we must now seek to move forward and find other solutions such as tax exemption to consolidate the

resilience efforts noted so far. We are seriously considering it and we believe that it would be courageous for the government to take such a decision because the year 2020 is a blank year on all fronts and the fiscal deadlines should be postponed until the end of 2021 to allow the sector to bounce. If we don’t, the

structures will, one by one, go out of business because they will no longer be able to cope with the investments. In no country in the world will you see employers borrow money to pay

wages and this was done recently at the start of the pandemic. Social consequences are inevitable but we will work on

mitigate the effects as much as possible. We will have meetings with the highest authorities in the country.