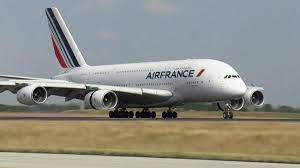 The French public airline Air France announced, on January 12, 2022, the cancellation of its flights to and from Bamako (Mali). Information confirmed by the Minister of Transport and Infrastructure of Mali, Dembélé Madina Sissoko.

“The Ministry of Transport and Infrastructures informs national and international opinion that the airline company Air France has decided, according to the information notified to the airport authorities of Mali by its representative in Bamako, to suspend all its flights to destination and leaving Bamako until further notice ”, we can read in a press release from the supervisory department.

According to the document dated January 12, this “sudden” decision was taken by Air France “without prior consultation and without any justification being given to the Malian airport authorities”, whereas on January 11, the day before this announcement, the company had submitted a reorganized flight plan according to the situation in the sub-region.

This announcement by the airline is undoubtedly part of the support given by France to ECOWAS member states, with the exception of Guinea, which have closed their borders in Mali.

Mali: INPS has an increased budget compared to 2021

Mali: the French ambassador expelled from the territory by the authorities