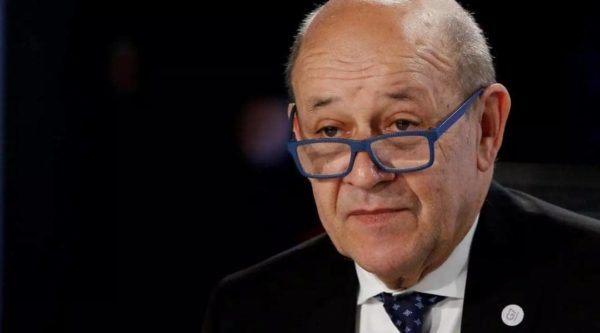 The French Minister of Foreign Affairs and European Affairs, Jean-Yves Le Drian, is the subject of a complaint from a Malian civil society organization before the economic and financial center of Bamako, an entity attached to the Ministry of Justice. The complaint relates to the awarding of a passport market under the former regime.

On February 21, 2022, the movement called “Maliko” – which means “Mali affair” in Bambara – had, through a note, indicated its intention to file a complaint against the French diplomat. Which would already be effective. “Le Drian is attacked because we are told of his alleged involvement in the fraudulent award of the Malian passport market”, explains a source on condition of anonymity.

In this note, the initiators of the complaint point out that “the Malians are about to begin a decisive turning point in their history in the relationship between Mali and France. Indeed, the organization decides to file a complaint against the Minister for Europe and Foreign Affairs, Jean-Yves Le Drian, for the role he played in the fraudulent attribution of the market for Malian passports. Because the latter, then Minister of Defense of France, had used his status to obtain public contracts in Mali”.

In addition, the strategic committee of the “Maliko Movement” informs that “a pool of lawyers has already been set up in Mali” and “who are working hard to defend the interests of Malians”. Subsequently, the plaintiffs indicate “that it is also planned to set up a pool of lawyers in France for the same exercise before the courts of France”.

As a reminder, Mali had refused to renew the passport production market with a Canadian company in favor of a French company from Brittany, where the current French Minister of Foreign Affairs is from. It was under the regime of ex-president Ibrahim Boubacar Keïta.