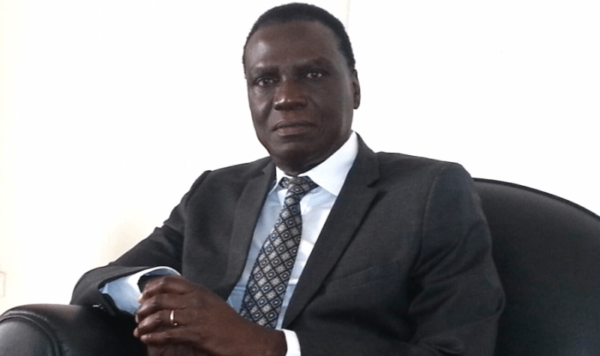 The Geopolitical Chronicle of Benoît Ngom, President of the African Diplomatic Academy (ADA).

The Senegalese collective And Samm Jikko Yi organized a large rally in Dakar on February 20 to denounce the “illegal” rejection by the National Assembly of the bill aimed at criminalizing homosexuality. This demonstration can be interpreted as a way to maintain the tension around the debate on homosexuality in a secular state.

The debate on homosexuality in Africa often borders on hysteria because of the irrational considerations it carries. The fear of what the other thinks or what the other will do sometimes dictates unnecessarily aggressive attitudes. The despisers of homosexuality see in all those who do not think like them the henchmen of its legalization. Thus in Senegal, the President of the Republic has repeated that as long as he is in office, homosexuality will not be legalized, some believe that he has a hidden agenda.

However, while it is quite understandable that one might wonder about the advisability or otherwise of criminalizing homosexuality, it should be stressed that the sole repression of acts against nature between persons of the same sex cannot sufficient to satisfy the demands of public opinion raised against this fact of society. Therefore, shouldn’t the law of February 1963 be supplemented by a provision sanctioning his promotion?

State mimicry and the strength of traditions
The response given by African states to the nagging question about the liberalization or criminalization of homosexuality varies. Overall, African countries are officially against homosexuality, which the law condemns in accordance with the prevailing opinion of citizens. In this regard, by way of example, we will cite the cases of Cameroon and Tunisia.

In Cameroon, the prohibition of homosexuality concerns its public manifestations in all its forms. Thus, any act to affirm their difference or tending to the promotion of their situation is forbidden to homosexuals.

The situation is no better for LGBT residing in the Maghreb countries. Thus in Tunisia, the situation of homosexuals is all the more difficult as they have to deal with laws and a particularly homophobic society.

However, it must be recognized, even if they are few in number, there are countries in Africa which, in the name of the principles of equality of citizens before the law, in the name of the necessary protection of their rights and freedoms recognize to LGBT, the right to live their life as they see fit, within the framework of rights and regulations. Among these countries, we can cite South Africa and Gabon. However, it should be emphasized that the official position there does not always tally with the prevailing opinion.

In this respect, South Africa, which enshrined the protection of sexual minorities in its Constitution in 1996 and which was one of the first countries in the world to authorize marriage between same-sex couples ten years later, is a country where the debate on homosexuality is far from over. Indeed, the great city of Johannesburg, behind its appearance as a “gay capital”, also hides a dark reality for followers of the LGBT movement.

This same ambiguity characterizes the position of Gabon where since 1960 sexual relations between people of the same sex were not condemned before an amendment to the penal code, prohibiting this type of practice, was voted by the Senate in July 2019. C This is why many observers may have wondered what was the objective of the decriminalization of homosexuality desired by the Gabonese government and adopted a few months later by the two chambers of parliament.

Senegal or the temptation to criminalize suspicion.

Alongside these strong positions, there are countries which, like Senegal, neither prohibit nor authorize homosexuality. Here, the debate is between groups whose opposing positions are essentially dictated by prejudice.

Despite the virulence of the protagonists’ speeches, few citizens have been given the opportunity to see or hear people publicly claiming LGBT rights. Indeed, the Senegalese fundamentally attached to their religious beliefs reject any form of defense and promotion of homosexuality. From this point of view, the search at all costs to criminalize homosexuality in this country looks much more like a desire to criminalize suspicion than to fight a reality already condemned by law.

However, the State must listen to each other in order to manage the question of homosexuality by ensuring respect for the fundamental rights of man and citizen, while giving great consideration to the requirements of the values traditional which are in Senegal for example the “kersa” or the sense of discretion and the “sutura” or the sense of restraint.

In this spirit, in order to safeguard social peace and consolidate traditional balances, it would be appropriate, without going so far as the criminalization of homosexuality with its attendant legal, diplomatic and economic problems, to supplement the current law with a provision providing for a sanction against any form of promotion of homosexuality.

That Africa remains a land of tolerance
According to Amnesty International, homosexuality is currently punishable by law in thirty-eight African countries. However, it should be emphasized that those who fight homosexuality, like those who wish to legalize it, are rarely inspired by the fundamental values ​​of African civilizations of tolerance and a sense of moderation in social relations. Indeed, Africa has been embroiled since the height of the LGBT movement in the 90s in a sometimes hysterical debate that is not necessarily its own.

Africa must remain a land of tolerance. Generally speaking, throughout the African continent, a certain form of tolerance has always existed towards homosexual minorities.

Thus, for example, from the end of the 18th century to the beginning of the 20th century, homosexual men, despite the stigma, had social roles in the Arab-Muslim world where they served as intermediaries between the male and female worlds in wedding parties and were allowed in female private spaces. In countries like Senegal, it can be said that this reality persisted in the 20th century and, paradoxically, only receded with the aggressive thrust of the LGBT movement and the reactions of rejection that it entailed.

This intolerance that strikes homosexuality in Africa today is undoubtedly born of the importation of Western cultural values ​​that are sometimes permissive and bear great aggressiveness. Shouldn’t this encourage the African Intelligentsia to stop imitating the outside with so much ease and to show in all circumstances that we can have a doctrinal offer to present to the rest of humanity?

In a country where homosexuality, placed under surveillance, has neither been legalized nor criminalized, shouldn’t the mobilization of the social body be directed towards subjects whose urgency is known to all, in particular the fight against Covid, against the spread of AIDS, malaria or other endemic diseases, but also for the necessary and timely strengthening of the logistical capacities of early childhood training places such as the “Daras” in Senegal, the usefulness of which for the refoundation moral and intellectual of society is indisputable?

ECOWAS: the new call from heads of state for the eco in 2027

24th African Stock Exchange Conference: when will interconnection be expected?