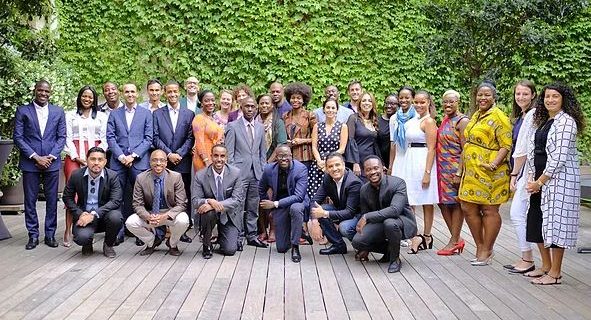 After a year on stand-by because of Covid, the French-African Foundation‘s flagship programme is back on track with the launch of its recruitment campaign on 17 February. Objective: to identify 100 Young Leaders from among several thousand applications from Africa and France and bring them together at various key events in France and Senegal, in order to jointly build the solutions of tomorrow, on the theme of resilience.

For the 2021 edition of the Young Leaders programme, the French-African Foundation has chosen the theme of resilience, more relevant as the global pandemic persists and to significantly increase its recruitment. Whereas there were 30 Young Leaders in 2019, there will be 100 this year at the end of the recruitment process, which will close on 21 March. These laureates will be divided into two workshops, one in Dakar and the other in Paris, in order to carry out a mirror study to compare the French and Senegalese approaches and to issue cross-referenced recommendations in a final report intended for public and private decision-makers.

Aged 28 to 40, the laureates will all have distinguished themselves through their political, economic, social, cultural or sporting commitment. Whether managers, entrepreneurs or heads of associations, they carry projects or solutions whose implementation they wish to speed up through this programme, which relies on synergies to provide new responses to the common challenges facing Africa and France in order to overcome this unprecedented crisis as fast as possible and build the future together. These profiles will be selected from among the most promising potentials, in strict compliance with gender parity. The details of the new promotion will be unveiled in early May.

New this year: the Young Leaders programme will include a “Sport & Development” focus in order to engage the Franco-African communities mobilised on this theme and to highlight the economic and social stakes of the contribution of sport to development. “Because the challenges have never been so numerous and the need to respond to them has never been so urgent, we have decided to expand the Young Leaders’ network and broaden our recruitment pool to include athletes. The recommendations made in the final report will ensure that their work is followed up,” says Khaled Igué, co-chair of the French-African Foundation.

Established in February 2019, the French-African Foundation aims to identify, bring together and promote the most promising talents on the Franco-African economic, political, academic, social and cultural scene, and to support the leadership potential of this new generation. Its partners include Agence Française de Développement, Groupe Duval, Meridiam, Société Générale, Deloitte, Essec, Concerto, Qima, Baobab Group (formerly Microcred) and Egon Zehnder. Its objective is to organise and promote the meeting of visions, projects and funding between members of this new generation and the senior public and private sector executives who support them in the realisation of their projects. Beyond a quality label, it is a factor of professional or political acceleration.