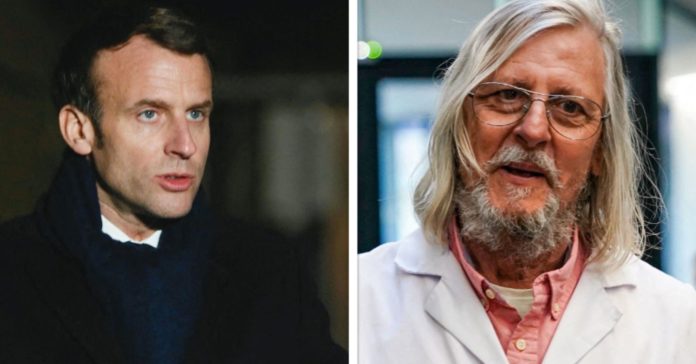 Six researchers questioned our recent article devoted to the role of the pharmaceutical industry in the controversy over Covid therapy, the IHU of Marseille and Professor Raoult. We respond to them by showing on the one hand that their arguments are refutable, on the other hand that they hide a primary (very widespread) anti-Raoultism which is based on opinion and not science. Episode 28.

Contrary to what one might have believed at the end of the last century, in the euphoria of the discovery of the Internet and the seduction of a “digital utopia”, intellectual life is doing quite badly in France, as in other western democracies. While almost everyone can speak, we know how to debate less and less. Electronic exchanges and on social networks have even become very aggressive overall. On the occasion of the “health crisis”, Western democracies have also rediscovered the phenomena of censorship exercised on the one hand at the international level by Google, Facebook and Twitter on the Internet (see for example here), on the other leaves for France by journalists who are clearly afraid of displeasing the political power (see for example there). Due to a lack of investigative capacity, news organizations have become over-dependent on government communications. New doxas are taking hold among the elites, sending popular protests or even simply differences of thought to deviating territory generally stigmatized as “conspiratorial.” Where does the struggle against the disinformation of some end and where does the defense of the propaganda of others begin? Would some sort of new thought police take place? These are some of the questions that also resurface in the course of the investigation initiated on this blog in March 2020 and that we will illustrate today by the little misadventure that the author of these lines experienced quite recently in within the small community of social science researchers.

What is it about ?

In June 2020, I published in an Anglo-Saxon sociology journal an article entitled “Behind the French controversy over the medical treatment of Covid-19: The role of the drug industry” (Behind the French controversy on the medical treatment of Covid- 19: the role of the pharmaceutical industries). The article develops in detail an analysis that this blog has echoed on several occasions. My central hypothesis is that the very intense controversy which characterized the French public debate from February to May 2020 and which crystallized on the character of a doctor and virologist from Marseille (Didier Raoult), constitutes a sort of smokescreen. actually hiding other issues, the main one being a drug war. I explain that the latter can only be truly understood if one does not put at the center of the analysis the financial and commercial stakes that drugs (as well as vaccines) represent for the pharmaceutical industries. The two drugs making up the preventive therapeutic protocol of the medical team led by Prof. Raoult (an antiviral and an antibiotic) are indeed very old generics and cost next to nothing. Opposite, one of the main manufacturers (Gilead Science) has made colossal financial efforts for several years to ensure that it can place a patented and extremely expensive drug on the medical market for the epidemic. And I show that one of the dimensions of this financial effort consists of influence peddling aimed at doctors and national and supranational public health organizations (notably the WHO). On the one hand, this overlaps with analyzes that are after all classic when we practice the sociology of white-collar delinquency (see the pages that I devote to industries in chapter 3 of my university textbook Sociology of delinquency), on the other hand also corresponds to the current concerns of sociological research as evidenced by the latest issue of the journal Social Sciences and Health entitled “Conflicts of interest and public health”.

And yet, what had I not done! I expected to come under attack from official or unofficial representatives of this industrialist. Alas, they don’t need to bother. Others do it, with barely contained aggressiveness and heavily biased arguments. We will first observe the maneuver, then we will try to interpret it.