Togo: Cancellation of VAT exemptions on mobile terminals and IT equipment 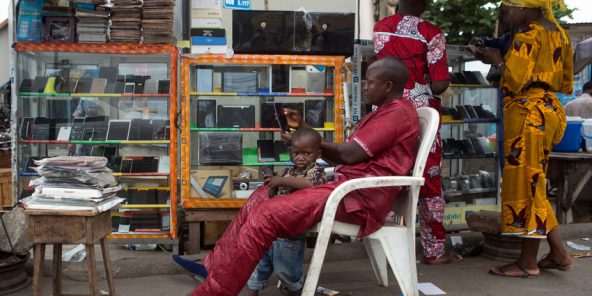 Announced in 2016 and implemented in the 2017 budget, the elimination of taxes on mobile terminals and computer equipment is no longer relevant in the state budget, Exercise 2018.

“The government’s objective was to reduce the cost of these goods by reducing or exempting their importation and sale of value-added tax (VAT). Unfortunately, the implementation of these measures, which creates a significant revenue shortfall in the Treasury, has not achieved its intended objective because the investigations revealed that the prices of the goods in question have not declined. These measures do not benefit consumers, “explained the executive, during the budget vote.

According to the information, the loss recorded by the competent services amounted to 3 billion F CFA, even if the measure was to increase the acquisition of the equipment and, de facto, increase the revenue on the services provided by the telecommunication companies. The measure aimed, inter alia, at supporting reforms aimed at solving the problem of the quality of Internet services and at ensuring the accessibility of telecommunications services for all.

Moreover, in its fiscal policy focused in particular on broadening the tax base, the government introduced in its new finance law, a tax of 5% on telecommunications companies, information and communication technologies installed in Togo. These provisions are cited in the new articles 185, 186, 187, 188 and 189 of the General Tax Code.

“Studies have shown that the telecom sector is under-taxed,” now supports the parent ministry. “The specific types of charging in use in the sector are the taxation of incoming telephone calls, the taxation of local calls and the taxation of operators’ turnover. The imposition of a revenue-based tax remains the least problematic in terms of the impact on telecommunications costs and investment projects of operators because not only is it not a tax based directly on the turnover. the cost of the communication but also the tax is deductible in respect of the operating expenses of the companies, “she says.

It should be noted that the Togolese government has recently taken a series of measures to improve the quality of telecommunications services deemed “poor” by the International Monetary Fund (IMF) in a report published in August 2015 on Togo.

Ethiopie : towards a union between Safaricom and Ethio Telecom to share towers