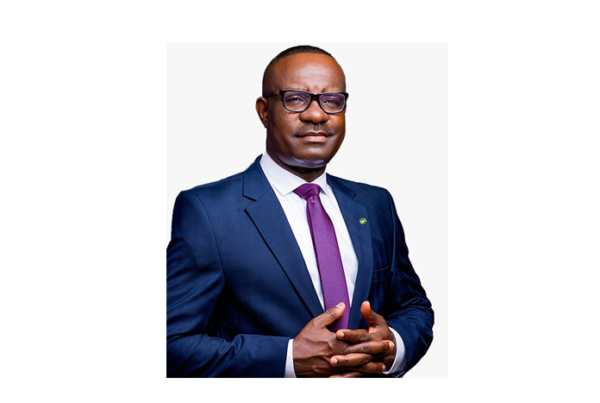 The ECOWAS Bank for Investment and Development (EBID) is launching a bond loan of 120 billion FCFA denominated over 7 years. This is the second installment, on the heels of last year’s show. To explain its scope, the President of EBID, Dr. George Agyekum Nana DONKOR, granted us an exclusive interview.

Mr. Chairman, EBID is going to issue a 7-year XOF 120 billion bond. What explains this new issue on the WAEMU market?

Following the impact of Covid-19, the world is experiencing a general slowdown in economic activity marked by the war in Ukraine with its consequences for the world economy.

In the ECOWAS zone, there has been a slowdown in the growth of economic activities in all major sectors of the zone. The anticipated decline in tax revenues at the state level has led to a drastic reduction in investment budgets with a negative effect on the future development of the region.

Thus, in its mission as the region’s development bank, EBID aims at being a catalyst for economic recovery within ECOWAS. The Bank wishes to play a major role in the post-COVID-19 economic revival and thus realize its vision of supporting and collaborating with Member States in the creation of jobs and wealth and the reduction of poverty through the financing of profitable and mutually beneficial investment projects.

Within the framework of the implementation of the Bank’s strategic plan and its contribution to the post-Covid-19 economic recovery marked by the war in Ukraine, EBID is undertaking to mobilize XOF 120 billion on the regional financial market 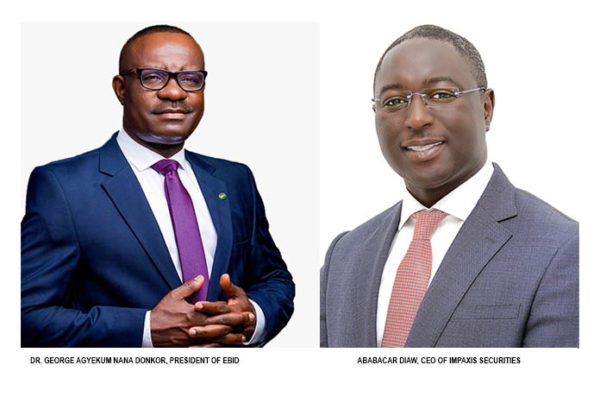 In a more general way, how is EBID’s balance sheet, the level of its equity and debt?

The Bank has an adequate level of capital in relation to its risk-weighted assets. It has a good capital structure.
The net interest margin is positive and improving for the year 2021. The margin level considers the development bank mission with profitable projects but at subsidised rates.

A significant decrease in the level of overdue loans, which is explained by improved credit and collection procedures (the net deterioration rate is less than 4% as at 31/12/2021).

How will the amounts raised be used in EBID’s investment programme?

The funds raised through this new bond issue will be used exclusively to finance a selection of projects identified mainly in Benin, Côte d’Ivoire, Niger, Senegal, and Togo, covering several sectors such as agribusiness, infrastructure, energy and finance.

Only 56% of the selected project portfolio will be financed, including: – the project to set up a coltan processing plant in Issia, Côte d’Ivoire;

– the financing of local exporters: Cashew, Cotton, Coconut and Cocoa, in Benin, Ivory Coast and Senegal;

– the financing a public-private partnership for the establishment of an industrial platform dedicated to the processing of natural resources and agricultural exports from Togo.

This financing will not only contribute to the recovery of the economy of the WAEMU countries but also to job creation, the strengthening of food security, the fight against poverty and the support of SMEs through financial institutions.

What is EBID’s risk profile with respect to African and international rating agencies?

In view of EBID’s performance, the rating agency Fitch followed Moody’s in maintaining the Bank’s rating by improving the outlook from negative to stable in April 2022 despite the situation in Mali and Burkina Faso.

In view of the strength of the issuer, which has the 4th best international rating in the WAEMU zone, with the improvement of its outlook by Moody’s and Fitch, the risk/return ratio of the operation is very attractive for investors.

What are EBID’s projections in terms of investments and support to the private at the UEMOA and ECOWAS levels?

In its mission as a development bank, EBID finances profitable projects with a significant impact on the development of ECOWAS member countries.

In the current context of post-Covid economic recovery, marked by record global inflation and a tense geopolitical context in some countries of the sub-region and at the global level, EBID aims at being a catalyst for economic revival by lending a hand to Member States.

The Bank’s contribution would focus on the real economy of the States through the financing of public and private projects to promote economic development in the region.