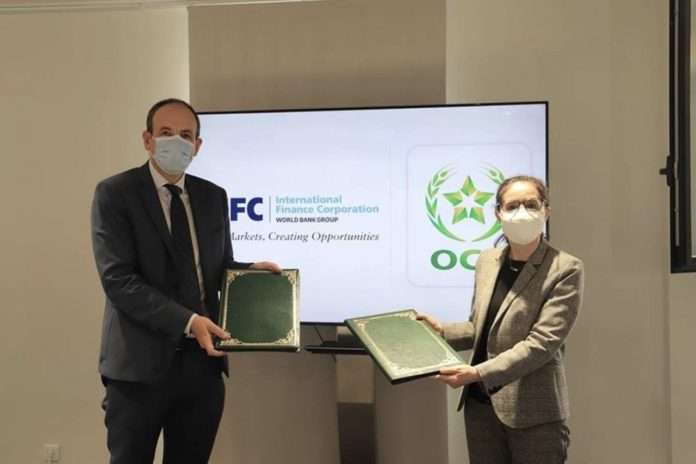 OCP Group, the world’s leader in the phosphate fertilizer market, has earned the first level of EDGE (Economic Dividends for Gender Equality) certification. This is considered the global  standard for assessing corporate performance in terms of gender equality and the creation of  equal career opportunities for both female and male employees.

This first level of certification, called Assess, is based on a broad criteria including the gender  balance within core functions; recruitment and promotion policies; pay equity; and inclusive  culture. This certification also takes into account employees’ perception of the degree of inclusion and career opportunities within the company.

This first certification is an important acknowledgement of the Group’s commitment to equality  and diversity for the benefit of its employees and its ecosystem. It also positions the company  as a pioneer both at the Moroccan level and in the global mining industry. OCP Group’s goal is to achieve the highest level of certification by 2024.

With more than 20,000 employees of different nationalities, and a turnover of 9.4 million dollars  in 2021, OCP Group is one of the largest private employers in Morocco and is at the forefront of gender diversity, inclusion and equal career opportunities.

In April 2021, the Group partnered with the International Finance Corporation (IFC), a member of the World Bank Group, to support its process of obtaining EDGE certification.

“Our Group is very proud of its achievement of this EDGE certification, which reflects our long standing commitment to equal opportunity and the promotion of diversity, both internally and in our relationship with our ecosystem and local communities,” said Nadia Fassi-Fehri, Chief Transformation Officer of OCP Group. “We are convinced that these actions contribute to the Group’s strong performance in the long-term. This first certification confirms our status

as a reference Moroccan company on the African continent and in the mining sector in general.”

“Companies that make gender equality a priority strengthen their competitiveness and  attractiveness, contributing to more inclusive development in Morocco,” said Georges Joseph  Ghorra, IFC’s Acting Director for the Maghreb. “We are proud to have supported OCP Group in this important certification process and hope that this will encourage other Moroccan companies to commit to gender equality.”

Conscious that it is operating in a historically male-dominated industry, OCP Group has for several years made women’s inclusion and diversity key levers of its transformation and a

major priority within its growth strategy, both as an employer and in terms of fostering women’s leadership and entrepreneurship in its communities.

The Group’s actions in favor of gender equality are not limited to OCP employees but also extend to the African continent, with solidarity actions, educational support, medical campaigns,  as well as participation in the empowerment and inclusion of women, particularly in the rural  world.

OCP supports hundreds of women farmers in Morocco, through its Al Moutmir program, and  also in Madagascar, Gambia and Senegal. Young students benefit from the Group’s assistance  through its Lycée d’Excellence, while a number of women-led start-ups have been supported  through Impulse, the start-up acceleration program developed by the Mohammed VI Polytechnic  University (UM6P).

OCP Group is currently supporting the creation of a Chair of Diversity and Inclusion at the  same university. This Chair will launch in the coming days a training program dedicated to the  development of female leadership in Africa, one of the first such programs in the Maghreb.