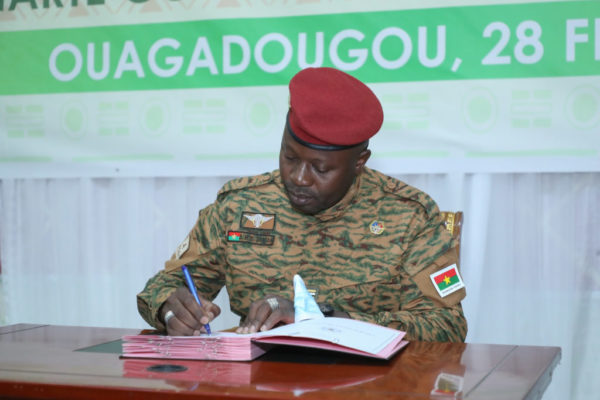 The work of the national assizes of the texts of the constitutional charter of the transition in Burkina Faso ended on the night of Monday February 28 to Tuesday March 1. The document subsequently signed by Lieutenant-Colonel Paul-Henri Sandaogo Damiba (photo) provides for a period of three years for the transition from the date of the inauguration of the president of the transition, against two and a half years proposed by the commission technical.

According to the charter, neither the president, nor the prime minister, nor the ministers, nor the speaker of parliament will be able to take part in the general elections intended to end the transition period. It also provides for the establishment of a government of up to 25 ministers and a legislative body of 71 members. These are, among other things, the main sticking points between the 350 delegates made up of representatives of the junta, political parties, trade unions, civil society organizations, youth, women and displaced persons. by jihadist attacks.

“It is work that has been done for this country to regain its pride and its moral values,” said former Prime Minister Tertius Zongo, who chaired the work.

The main missions of the transition are “to fight against terrorism, restore the integrity of the national territory” and “ensure its security”, and “provide an effective and urgent response to the humanitarian crisis and to the socio-economic and community dramas caused by insecurity.

As a reminder, a military junta took power in Burkina Faso on January 24, 2022, after overthrowing Roch Marc Christian Kaboré, elected in 2015 then re-elected in 2020.