AU ‘concerned’ about ‘mistreatment’ of Africans wanting to leave Ukraine 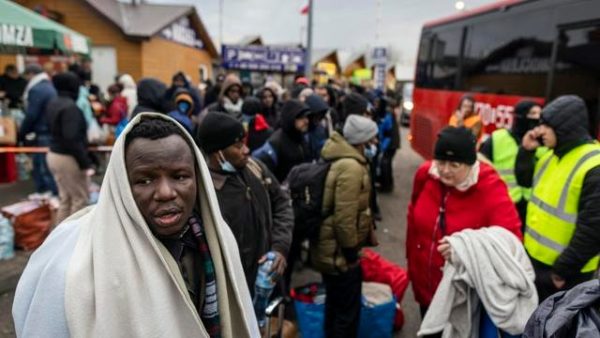 The African Union (AU) spoke out, on February 28, 2022, on the accusations of racist behavior which are multiplying at the borders of Ukraine. Saying in particular “concerned” by the “shocking and racist” reports according to which Africans wanting to leave the country at war against Russia are the subject of different treatment.

In a press release, the pan-African body recalls that “everyone has the right to cross international borders during a conflict and, as such, should benefit from the same rights to cross the border to take shelter from the conflict in Ukraine. (…) regardless of nationality or racial identity”. Thus, the African Union says it urges “all countries to respect international law and to show the same empathy and support for all people fleeing war, regardless of their racial identity”.

Before the Ethiopia-based organization, Nigeria officially seized Poland for the purpose of facilitating the entry of its nationals fleeing Ukraine into its territory. For its part, the Economic Community of West African States (ECOWAS) called on all parties to ensure the safety of citizens of all its member states living in the country.