Ukraine: the USA and the European Union declare economic war on Russia 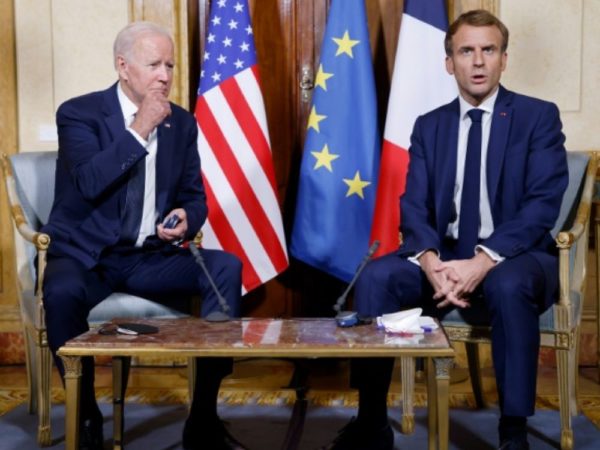 The current events in Ukraine, invaded since Thursday, February 24 by Russian troops, do not leave the United States and the European Union, two great allies of Kiev, indifferent. Both parties have decided to wage war on Russia by hitting it on the wallet, even if they do not intervene militarily on the ground.

On the first front, Joe Biden, the American president. Vladimir Putin, he said Thursday evening during a press conference held at the White House, will become “an outcast on the international scene”. This, because of the decisions imposed by Washington, first against Sberbank and VTB Bank, the two largest banks in Russia.

“The sanctions we impose on the banks have equivalent consequences even perhaps more significant consequences than a suspension of Swift (international banking exchange system, Editor’s note). Then it’s always an option; but as we speak, it’s not a decision the rest of Europe wants to make,” Joe Biden said. “The sanctions we impose go further than has ever been done. These sanctions have led two-thirds of the world to join us. These are deep penalties. Let’s talk about them again in about a month to see if they work,” he added.

In addition, the United States has decided to restrict exports to Russia of technological products intended for the defense and aeronautics sectors. Which, Joe Biden believes, will impose a “severe cost on the Russian economy, both immediately and in the long term”.

For its part, the European Union also raised its tone on Thursday evening against Moscow, without however excluding it from Swift, as requested by Ukrainian President Volodymyr Zelensky to financially isolate Russia from the rest of the world. The organization has decided to trigger “Massive and painful sanctions against the Russian regime”, announced the President of the European Council, Charles Michel, after a meeting.

Indeed, the EU announces that it will limit the country’s access to European capital markets, thus hampering Moscow’s ability to refinance its debt there. The organization will also reduce Russia’s access to crucial technologies, depriving it of electronic components and software, so as to “severely penalize” its economy, as explained by Ursula von der Leyen, president of the European Commission.

It is also announced the ban on exporting to Russia aircraft, parts and equipment for the aeronautics and space industry, as well as refining technologies for the oil industry. Also, EU banks will be prohibited from accepting deposits from Russian citizens of more than 100,000 euros and several Russian state companies will have their access to European financing blocked.

These sanctions, according to Ursula von der Leyen, “will drive up inflation, accelerate capital outflows and gradually erode the industrial base” of the country. And to add that “Russian leaders will face unprecedented isolation”. These are the toughest sanctions ever implemented by the EU, according to Josep Borrell, the head of European diplomacy.

Apart from the European Union and the USA, Canada, South Korea, Japan and Australia have also announced economic sanctions against Moscow.