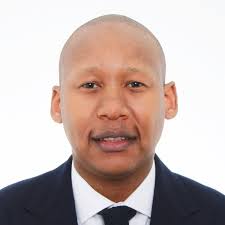 Telecommunications tower company IHS Towers announced on Monday (January 31st) that it has appointed Sandile Msimango as Vice President and CEO of IHS South Africa. The new resident was the head of passive infrastructure investments and management for MTN Group between 2009 and 2015.

This appointment comes in a context where IHS Towers has acquired 5,709 telecommunications towers from MTN for 412 million USD in South Africa. The South African multinational telecoms company had said it will use these resources to reinvest in strategic growth initiatives such as securing high-demand spectrum.

According to IHS, Sandile Msimango was instrumental in MTN’s tower monetization strategy during her time with the operator.

Commenting on this appointment, Sam Darwish, Chairman and CEO of IHS Towers argued that the new recruit will bring new blood to the company’s expansion process in South Africa.

Msimango will be based in Johannesburg and will report directly to the Executive Vice President of IHS Towers and the Group Chief Operating Officer.

Present in 7 African markets including Nigeria, Cameroon, Rwanda, the structure aims to strengthen its presence in Africa in the years to come.