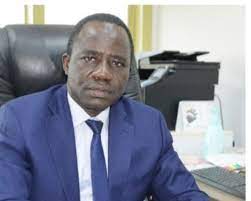 The 72nd session of the Board of Directors of BMS-SA held on November 30, 2021, proceeded to the appointment of a new Director General at the head of BMS-SA in the person of Mr. Lanfia KOITA, previously Special Advisor of the Managing Director of BMS-sa, replacing Mr. Alioune COULIBALY, former Managing Director of BMS-SA.
The new Managing Director combines an academic background with a rich experience that makes him the ideal profile to consolidate good governance within BMS-SA, a national systemically important banking institution according to the WAMU Banking Commission.

A native of Bamako, Mr. Lanfia KOÏTA is 49 years old and has a rich academic and professional background with nearly 25 years of professional experience in the Malian banking sector. He has been a senior executive of an exceptional class bank since 2014, the last step (D) in the evaluation and salary grid of BMS-sa staff and is now Special Advisor to the General Manager of the Malian Solidarity Bank. (BMS-sa).

He is also a doctoral student in economics (Specialty in Banking and Financial Economics) at the University of Toulon-Var in France and is starting his 3rd doctoral year 2021-2022. He has a solid background in economics, business management sciences and banking and finance. His higher education course confirms this.

Indeed, after obtaining his baccalaureate 2nd part in 1991, at the Lycée Prosper Kamara in Bamako with honors, he graduated as deputy major of the 1991-1996 class in economics (business management option), with honors at the National School of Administration (ENA) of Mali and was recruited in 1997 by the Malian Bank of Credit and Deposits-sa (BMCD), Malian subsidiary of Crédit Lyonnais Paris in Mali, as part of the hiring of the best students from the National School of Administration of Mali.

Passionate about banking techniques, he is preparing a Diploma of Specialized Higher Studies in Banking and Finance (DESS) for 3 years of study (1997 to 2000) at the Institut Technique de Banque (ITB) in Paris-Défense in France where he finished 7th out of 152 international candidates, with honors. Far from stopping there despite this high-level training, Mr. KOÏTA obtained between 2013 and 2014 a Master 2 in Business and Administration Management (GEA) with honors, at the Institute of Management and Languages ​​Applied to Trades (IGLAM ) from Bamako-Mali. His ambition for studies has led him since the 2019-2020 academic year to be a doctoral student in economics, option “Banking and Financial Economics” at the University of Toulon-Var-France (Laboratory: ED 509 Economic Sciences) where he is well advanced in the preparation of his doctoral thesis.

His solid experience in the banking sector began well at the Malian Bank of Credit and Deposits (BMCD), where he was successively Executive of Cash Operations at the main branch between 1997 and 1998, Accountant at the Department of Financial Operations (DOF ) in charge of preparing Central Bank statements and monitoring internal accounts between 1998 and 2000, then “authorised” operating executive, in charge of managing commercial customers with the rank and prerogatives of division manager in the Operations and Agencies from 2000 to 2001.

Following the merger of BDM with BMCD, an operation to which he will successfully contribute to the convergence of the businesses of the 2 Banks, He will be called to the headquarters of BDM-sa, by the new authorities of BDM-sa , to work within the Operations Department of the Development Bank of Mali (BDM SA) between 2001 and 2006 as a senior operating executive, responsible for managing the portfolio of large companies, large traders and institutional customers of the headquarters of the said Bank. He contributed usefully to the development of several internal study and analysis documents of the BDM-sa and was on several occasions the privileged interlocutor for the Clientele component, the control missions of the WAMU Banking Commission. within the BDM-sa.