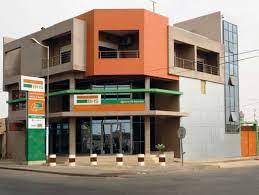 According to the Agency’s press release of January 11, 2022, “this rating issued in December 2021 is three notches below the Senegalese national ceiling, which is – according to WARA – A’. The short term rating is “w-4”. The outlook attached to these ratings remains “stable”.

BHS was created in 1979 by the State of Senegal in order to finance the real estate sector in general, and that of social housing in particular. In 2020, despite an unfavorable national health context, the bank continued its efforts to expand its network in Dakar and within Senegal and succeeded in consolidating its internal reorganization, which began in 2019, with a view to being even more competitive.

The BHS rating reflects: i) the bank’s public interest mission through the financing of social housing; ii) the leading role of the institution in financing the real estate sector in Senegal; iii) its leading position in real estate financing in Senegal; and iv) compliance with regulatory solvency requirements thanks to a robust level of its own funds.

On the other hand, its rating is constrained by: i) the small size of its network, although constantly expanding, and a limited commercial offer; ii) a credit portfolio that can be improved in quality, partially offset by its good level of granularity; iii) low operational efficiency explained by a high refinancing cost iv) a maturity gap inherent in its business model which impacts its liquidity profile. That said, this risk factor is partially mitigated by the high granularity of deposits and the efforts made by management to access medium / long-term resources.

The long-term local currency counterparty rating of BHS (BBB) ​​benefits from two notches of external support. The external support is of a systemic nature, given the fact that BHS is considered by WARA as a bank invested with a mission of general interest, public service and economic policy, namely the financing of real estate at the national level. and social housing in particular. In this, the systemic importance of BHS is high, while the propensity for support of the Senegalese state (i.e. its capacity and willingness to support banks likely to encounter difficulties) is considered by WARA to be medium.