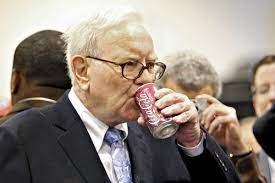 It seems like he creates a billion dollars with every snap of his fingers or with every sip of Coca Cola, a drink he particularly enjoys as a consumer, not an investor. Between 2016 and 2018, Warren Buffet’s Berkshire Hathaway company acquired 5% of Apple for $ 36 billion. Three years later, as Apple crossed $ 3 trillion in market capitalization, Oracle’s share of Omaha is valued at $ 160 billion. Isn’t this dizzying gain likely to distract big investors from the real economy and its constraints? In addition to the dramatic rise in Apple stock, Warren Buffet can comfortably play the home-mover by collecting dividends from the Apple brand estimated at $ 775 million annually. By force, Apple has become the most profitable investment made by Berkshire Hathaway over the past decade.

Yet Warren Buffet was previously known for his aversion to technology stocks. Aided in this by his investors Todd Combs and Ted Weschle, he finds with happiness and billions that it’s never too late to change his mind. Apple now weighs 40% of Berkshire Hathaway’s portfolio away from assets linked to the insurance and rail sectors. “I don’t see Apple as a stock. I consider it our third company, ”he told CNBC in 2020.

The advice this great stock market investor gives to young traders is simple: always stay ahead of the trends. Buy when the information is uncertain, at the rumor stage, and sell when it is ripe. In other words, you have to set your sights on as yet undisclosed values, nuggets unknown to the general public and capable of generating long-term gain. The danger for a stock investor is ego, wanting to be right in the market at all costs. Information is the underpinning of investing. Knowing perfectly the companies in which you put your savings is essential.

Born in 1930 in Ohama and graduated from Columbia, Warren Buffet is the symbol of a pragmatic America, one that can change at any moment by moving towards the winning trend. The young scholars who follow him are probably unaware that his company Berkshire Hathaway was in the 1960s a modest textile company. In 1962, then 32 years old, the future billionaire invested in this company to control it three years later and make it leave the textile industry in 1985 to embrace more promising horizons.

While his fortune, valued at $ 86 billion, has grown over the years, Warren Buffet has not succumbed to expensive madness. He still lives in the same house he bought for $ 31,500 in 1957 and is not a fan of m-‘as-tu-visme for a penny. When he died, he planned to devote 99% of his fortune to associations, in particular the Bill & Melinda Gates foundation. His grandchildren will be entitled to a tiny fraction of his fortune: “Your children should be given what is needed so that they can do what they want, but not enough to keep them idle. To young people who have just finished their studies, Warren Buffet is clear and direct: “invest in yourself”. For the iconic scholarship holder, the ability to communicate both orally and in writing increases an individual’s worth by at least 50%. But beware, only the truth of the facts makes the image successful.

Stock market: is this the beginning of Ecobank fever?

Stock market: the CFAO dynamo title of the BRVM