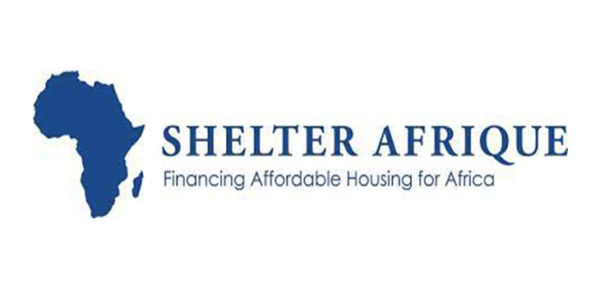 The articles recently published by Financial Afrik on the issue of the scandal shaking Shelter Afrique are based on the facts and nothing but the facts that occurred at the level of this pan-African institution. Financial Afrik maintains the veracity of the elements reported and reaffirms the rigor of its strictly professional approach and its journalistic investigations cross-checked and verified in accordance with universal ethics in the matter.

It is in this spirit that we would like to come back to the highlights of this scandal following the Shelter Afrique press release of January 4, 2022, co-signed by the newly elected Chairman of the Board of Directors (Mr. Kiiza BITCHETERO, Resident Representative of Africa-RE in Kenya) and the Chairman of the Audit, Risks and Finances (ARF) Committee of the Board of Directors, the Secretary of State for Housing of Kenya, Mr. Charles MWAURA.

This Shelter Afrique press release does not call into question any fact put forward by Financial Afrik. Neither the extraordinary loan granted to the CEO, let alone the change in the PCA or the amounts of fraudulent disbursements or the chaotic management of human resources announced by the whistleblower, confirmed by an independent investigation and reported by Financial Afrik.

Our objective and our role as pan-African media, independent and specialist in African finance, is to objectively inform African public opinion, shareholders and partners about the dysfunctions identified in the management of Shelter Afrique and which continue. to be observed without strong measures being taken by the Board of Directors and ultimately by the shareholders in order to straighten the bar of this boat which risks capsizing at any time.

Main concerns denounced by the whistleblower
From January 2021, the whistleblower drew the attention of the members of the Board of Directors to fraudulent practices and mismanagement in general and by focusing mainly on 3 transactions in particular: i) Rugarama (Rwanda ), ii) Othaya Road (Kenya) and iii) Pine City (Kenya)) as well as the chaotic management of human resources and the selection of the independent administrator. Read our article on the subject with the reactions of the Director General and the PCA.

Read our article on the subject with the reactions of the Director General and the PCA.

It should be noted that contrary to the provisions of the policy on the matter, which obliges anyone who is aware of compliance violations to report them, the protection afforded to the whistleblower has not been offered to him. . In fact, he was pushed out by the director-general while the real perpetrators of the embezzlement denounced and confirmed by the PKF investigation are still in office. Funny application of the recommendations!

PKF report and recommendations of the ARF Committee
PKF, in its investigative report to the board in June 2021, confirmed the allegations made by the whistleblower. He thus confirmed fraudulent and unauthorized payments of approximately $ 5 million, a chaotic and disastrous human resources management policy and the absence of effective internal controls. The said report made several recommendations, most of which have not been implemented and implemented to date.

It should be recalled here that, according to the PKF survey, the amounts involved in these various cases (5 million US dollars) correspond to the contributions to the combined capital of the following 7 countries in 2021: Swaziland, Rwanda, Togo, Mali, Uganda, Ivory Coast and Cameroon. Some have representatives on the board of directors (Cameroon, Togo and Mali) while Cameroon chairs the office of the board of governors in the person of the Minister of Housing and Urban Development, the very active Madame Célestine Ketsha Short.

Following ?
The question which now arises, after the secret dismissal of the PCA, is to know what are the other strong corrective measures that the board of directors will take to rectify the situation and put the institution back in working order and in particular if the recommendations of the PKF report endorsed by the ARF committee will be applied without reservations?
For an institution which has just celebrated its 40th anniversary, it is high time that Shelter Afrique, after many crises, find a solution to its governance problems.

Previous in International Financial Institutions (IFIs)?
International financial institutions that have had to go through governance and operational crises similar to the one Shelter Afrique is now experiencing have had to take strong action to rectify the situation and set the record straight. For example, when the World Bank was hit by a crisis in 2007, the board had to take several important steps to prevent such a situation from happening again. In particular, he asked for and obtained the resignation of its president Paul Wolfowitz.
Likewise, to fight against acts similar to those revealed by the whistleblower and confirmed by the PKF investigation, the major international financial institutions (WB, BEI, AfDB, ADB, EBRD, etc.) have developed and implemented implementing more rigorous and robust policies for the protection of whistleblowers and the banning of service providers or suppliers of goods complicit in fraudulent transactions. These policies are among the cornerstones of the fight against corruption and other financial embezzlement.
Shelter Afrique cannot do without such policies given its strategic role and its potential which has not yet been realized.

International financial institutions, because of their driving role in economic development and the resources allocated to them by member states, and therefore by their taxpayers, are obliged to adopt and subscribe to transparency standards. the most rigorous.
The increasing contributions to the capital of Shelter Afrique over the last 3 fiscal years (2019, 2020 & 2021) are an indication of the institution’s strategic importance to its members and create an even greater obligation of compliance. Managing these funds “with due diligence” and zero tolerance for non-compliance must be an absolute rule.
The capital allocations thus received must be used wisely and only for the achievement of the objectives of the Pan-African financial institution and in the strictest respect for the principles of compliance. Their diversion into non-compliant transactions and other acts of mismanagement must be punished in the most severe manner. Tolerance of these failures would be seriously detrimental to the African taxpayer.

From the role of Financial Afrik

The role of the media is to ask the right questions where there are problems and to celebrate successes when there are problems. We are not dealing with scoops but with information of social utility. Financial Afrik respects and applies the principle according to which Africans and their financial institutions such as Shelter Afrique should not wait for injunctions from the media or international partners and in particular Westerners to act and react.
Indeed, useful information is a cardinal virtue that the African media must adopt and make prevail to encourage, see demand the application of the most rigorous standards of good governance. This is an essential condition for the establishment of a virtuous circle for the economic and social development of the continent.
Shelter Afrique being a flagship institution of a key sector of the continental economy, it is the responsibility of its Board of Directors, and even of its shareholders, to take the appropriate measures necessary to raise the bar.
The continent has a significant delay to catch up and it is essential to hurry to offer its daughters and sons, decent living conditions and opportunities to showcase their talents and their ingenuity which are legion in Africa and of which we are very proud. .