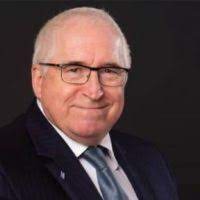 Arrived in January 2021 at the head of Rawsur SA with a clear roadmap, Bernard BARTOSZEK has just completed his mission. The insurance professional passed the torch to Tarik LEFRIYEKH, new general manager.

Tarik LEFRIYEKH.
As COO (Chief operating officer) of Rawsur since 2017, the new CEO, of Moroccan nationality, is also a seasoned professional, graduate of HEC, former deputy director general of Axa Maroc and, among others, former member of the Moroccan advisory committee insurance, body co-opted by the Ministry of Finance.

With 30 years of experience, including 20 with Axa in France and 6 years with Ogar, Gabon’s leader in insurance, Bernard Bartoszek has not left Rawsur. Warmly congratulated by the Board of Directors for his results, he remains a director and Chairman of the Risk Committee.

As a reminder, Rawsur Assurances is a company of the Rawji Group, a major player in the Congolese economy for over a century.