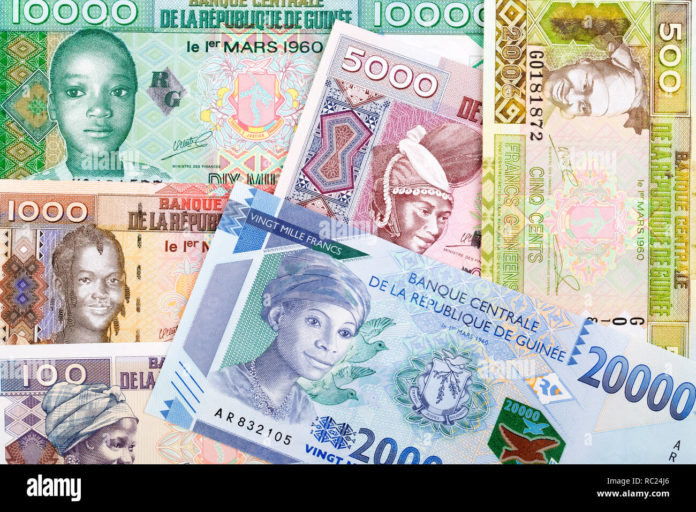 Driven economically by its mining sector which represents 90% of its exports, and which almost caused a major global aluminum crisis, against the backdrop of the uncertainty linked to the putsch of September 5, 2021, Guinea figures, despite the Covid-19 pandemic, in the top 5 of African countries with the most resilient economies, posting a growth rate of its GDP of 5.2% in 2021. However, the perverse effects of a galloping inflation of its currency, the Guinean franc (GNF), continue to weaken the purchasing power of populations.

Around 9.8% in 2018 before registering a slight decrease in 2019 to 9.5% and rising again in 2020 to 10.4%, headline inflation recorded an increase of +1, 6 and currently stands at 12% (2021), according to estimates by the International Monetary Fund (IMF). Inflation caused mainly by the increase in freight costs, associated with the disruption of supply circuits linked to Covid-19, as well as the impact of the easing of budgetary and monetary policies to respond to the pandemic, which has promoted an exponential rise in food prices, and the cost of services.

The inflation that has characterized the Guinean franc (GNF) for years (between 8 and 10% since 2012) is also dependent on a neglected, even unsuspected phenomenon that could be called “price inflexibility” on the contrary. of the contrary principle of “price flexibility” of goods and services of commercial activities. A phenomenon orchestrated and maintained by trade professionals in the face of the indifference of the Guinean authorities, and which also favors the depreciation of the local currency and the continued erosion of the purchasing power of Guineans.

The absence of price control mechanisms for products, consumer goods and services (compulsory display of prices, in particular), freely set by professionals in the commercial sector, to counteract “abusive prices” has given way to self-regulation of prices. sales, most of whose controls are carried out for tax purposes. A real handicap for monetary policy in a country which has theoretical economic growth which is not reflected in the standard of living of the populations, and which does not benefit from mechanisms for redistributing the wealth created by the mining sector.

The depreciation of the Guinean franc (GNF) is therefore not strictly linked to the recession, since the country shows 5.2% growth, nor necessarily to the trade deficit, or to the issuance of currency by the central bank (the board tickets). Its devaluation would also be maintained by commercial practices favored by the monopoly, resulting in the absence of competition and the dictatorship of prices and to top it all off, in the violation of the principle of flexibility of the prices of consumer products and services. , which takes into account the fluctuation of the basic elements in terms of price setting (cost of production, transport, taxes, etc.).

This is reflected in the figures: the overall consumer price index provided by the National Institute of Statistics (INS) of Guinea, as of September 21, 2021, is up + 0.2% in monthly variation; up 0.3% in monthly variation for food products; up + 13.1% year-on-year change; up + 12.1% in annual variation on average.

The uncontrolled devaluation of the Guinean franc (GNF), a historically nationalist and post-independence anti-colonialist currency which, two decades ago, was still solid on these fundamentals, today suffers from an uncontrolled commercial sector, which has taken its toll. marks in an all-out liberalism, driven during the Second Republic. This contributes to degrade the purchasing power of Guineans, but also to explode the cost of living, jeopardizing the wage and social benefits for which the government and the private sector have made great efforts.

But several sources assert that the professionals of commercial activities and services who logically rely on the increase in tariffs, freight or the exchange rate to adjust the rise in prices, are the same who take advantage of the situation with the complicity customs or tax officials, to refuse to readjust prices in the event of fluctuations in taxes, production costs, fuel, customs clearance or transport. In short, the system would be maintained by the state itself, more concerned with replenishing its coffers.