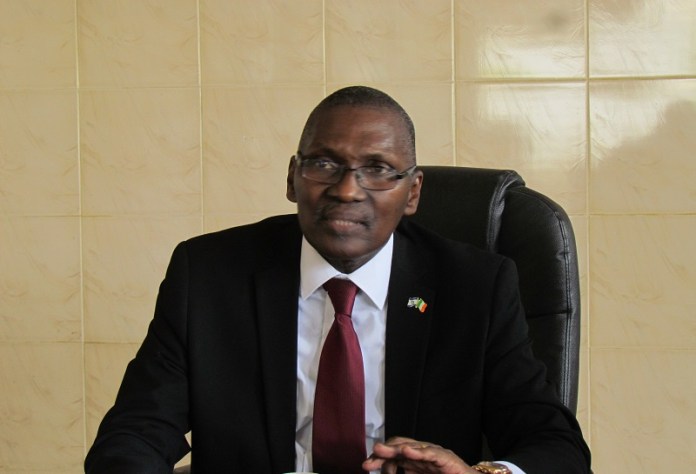 The chairman of the management committee of the Vocational Training Development Fund (FDPF), Joël Nguessan, and its secretary general, Ange Leonid Barry Battesty, are at loggerheads. Facts !

It all started with information about misappropriation relayed by the media and social networks, which led the High Authority for Good Governance (HABG) to instruct the General State Inspectorate (IGE) to initiate a mission of audit and investigations.

According to Joël Nguessan, the audit report sent to him shows that there were indeed acts of bad governance and serious dysfunctions in administrative, financial and accounting management. Following this report – which reveals, we learn, an amount of 3.79 billion FCFA spent and not justified – an extraordinary meeting of the management committee was held on August 17, 2021, and mainly focused on analysis of the document produced by the IGE. Out of a total of 12 directors in the FDFP’s management body, notes its chairman, 8 were present, and “there was a quorum.”

“Together, we have decided that within 48 hours, each college represented at this meeting will comment on the report. This led me to take a measure of suspending the Secretary General as a precaution and to appoint a new interim Secretary General “, affirms Joël Nguessan.

Reversal of situation, the administrators of the college of employers of the FDFP, in a press release published on August 24, refuted the thesis of the minister. “In recent days, information concerning the management of the FDFP has been disseminated in the press and on social networks, although the subjects in question are not of public order. The college of employers, administrators of the FDFP, protests against such practices which do not honor neither their authors nor the FDFP and violate the rules of confidentiality which attach to the debates of the management committee “, they say. The employers’ college indicates, moreover, that it does not identify with the “unilateral” decision taken by the chairman of the management committee to suspend the secretary general and his replacement by an interim.

In a statement released on Tuesday, August 23, the president of the General Confederation of Businesses of Côte d’Ivoire (Cgeci), for his part, said he did not identify with the statement from the administrators of the employers’ college. However, the decision to suspend the Secretary General as a precautionary measure is taken, while waiting for the management committee, at its next session, to confirm or reverse the said decision.

Automobiles: Increase of 901 million FCFA in the turnover of Tractafric Motors Côte d’Ivoire in the first quarter of 2021