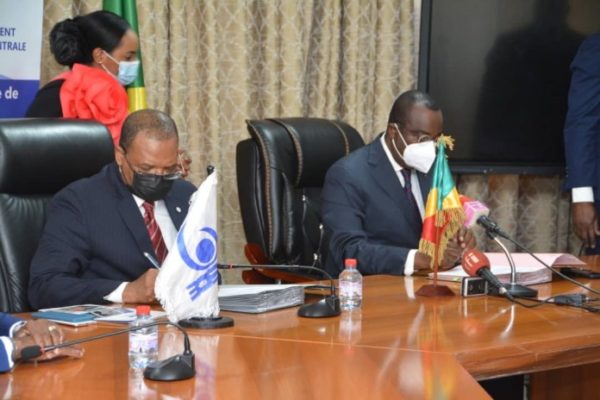 On August 16, 2021, the Congolese government and the Central African States Development Bank (BDEAC) signed a financing agreement of CFAF 32.8 billion ($ 59 million) for the construction of infrastructure. This is the development of the Dolisie-Kibangou road, the 93 km of which constitutes the first phase of the Libreville-Brazzaville corridor to link the Congo to Gabon, and which will make it possible to open up this production basin with a view to improving economic and commercial exchanges in the sub-region.

The development of this section contributes to the implementation of integrative road link programs between the capitals of CEMAC, especially as its realization is in line with the implementation of the consensual Transport Master Plan in Central Africa. (PDCT-AC) covering the eleven priority projects of the Regional Economic Program (PER).

For the Minister of Finance, Budget and Public Portfolio, Roger Rigobert Andely, the signing of this agreement will be monitored with other development partners, including the African Development Bank (AfDB) which participates in financing for the implementation of the various corridors, the objective being to link the Congo to all the CEMAC countries. With this in mind, he made “the Congolese government’s commitment to pay its share of CFAF 3 billion 25 million for the Dolisie-Kibangou road section construction project”.

This corridor and that of Brazzaville-Ouesso-Bangui-Ndjamena are among the six integrative projects for which BDEAC had committed during the round table of donors in Paris in November 2020 to support the realization to the tune of 308 billion euros. FCFA ($ 551 million) to accelerate integration in Central Africa. The president of BDEAC, Fortunato-Ofa Mbo Nchama, presented the contribution of this infrastructure in particular “at the socio-economic level, this project will contribute to the reduction of the cost and the duration of the transport, which will lead to the opening up of the department of Niari and will promote economic activities ”.

The CEMAC zone is the least integrated on the continent because of, among other things, insufficient transport and communication infrastructure. A deficiency which limits the movement of people and goods while community economic and commercial exchanges are barely around 3%.