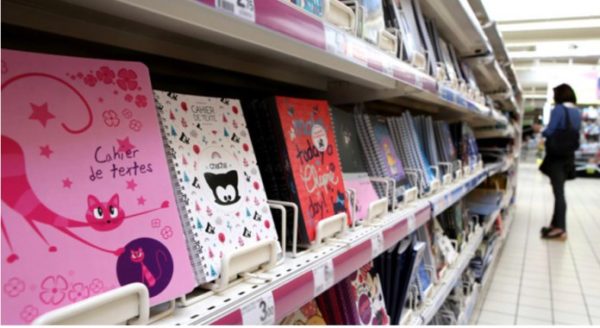 In the war waged by Moroccan and Tunisian industrialists in the school notebook, the latter have just won a major battle with the WTO a few weeks before the start of the school year, the period when the highest volumes of sales occur.

The WTO has just ruled in favor of Tunisia, which contested the anti-dumping duties applied for four years by Morocco on imports of Tunisian notebooks. The Panel, the WTO body responsible for such requests, issued its ruling on July 27. A week later, on Wednesday August 4, Morocco appealed the decision, questioning several elements on which the WTO panel relied as well as its capacity to investigate this type of request.

Rabat appealed to the WTO Dispute Settlement Body, which is currently on hold and therefore unable to rule.

This dispute, brought before the WTO in September 2019, concerns a definitive anti-dumping measure imposed by Morocco on imports of school notebooks from Tunisia, following an investigation opened by the Moroccan Ministry of Industry and Investment. , Commerce and the Digital Economy in May 2017.

Tunisia first contested several aspects of the calculation of the dumping margin by the Moroccan investigating authority. The first aspect concerned the composition of the normal value established by the Moroccan Ministry of Industry and in particular the question of whether the inclusion of certain distribution costs in the normal value was consistent with the AD Agreement. The second aspect concerned the “reasonable amount for profits” and in particular whether Morocco could exclude certain domestic sales of notebooks from this amount, on the grounds that these models were not exported.

On these two points, the WTO agreed with Tunisia in considering that the composition of the normal value retained by Rabat was not compatible with the AD Agreement, as was the amount retained for profits.

In the expectations of the WTO decision, most of the architecture of the technical elements on which Morocco relied to legitimize the additional customs duties on Tunisian notebooks has been called into question. Rabat did not convince the Panel of the causal link between the falling market shares of domestic producers of school notebooks in their market and imports from Tunisia. The Panel agreed with Tunisia on this point and considered Morocco’s causal link analysis to be inconsistent with the Anti-Dumping Agreement.