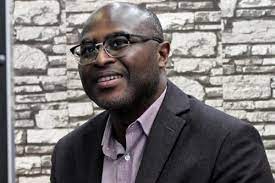 A new general manager has been appointed to head the mobile operator Orange-Cameroon, in this case the Beninese Patrick Benon who until then held the same functions in Botswana. He succeeds Frenchman Frédéric Debord appointed CEO of Orange Madagascar, replacing Michel Degland transferred to Mauritius Telecom.

“These appointments are part of the Group’s international mobility policy and occur, for each of them, at the end of the term of office of the outgoing. These appointments will all be effective in September 2021, “the company said in a statement following the board meeting held on July 27, 2021, in Casablanca, Morocco.

The new CEO, who will take office next September, comes against a backdrop of expanding mobile telephony, with around 20 million subscribers globally, according to statistics from the Telecommunications Regulatory Agency (ART).

Subscribers shared by four operators, including Orange-Cameroon, which claims more than 7 million users. Moreover, in the money transfer segment, the Cameroonian subsidiary of the French multinational claims to control 70% of the market. The company reveals that with the interoperability promoted by the Interbank Monetic Group of Central Africa (GIMAC) more than three million Orange money transactions are carried out per day in Cameroon, for an average of 800 billion FCFA per month ( 1.2 billion euros). Cumulative figures it is specified that annually make 9.6 trillion FCFA (14.6 billion euros) per year from transfers of funds through the channel of Orange money.