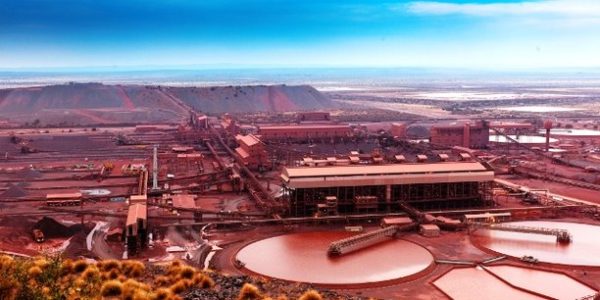 The project to exploit the Mbalam-Nabeba iron deposit torn between Cameroon (Mbalam) and Congo (Nebeba) should leave African soil to be transported to Europe, more precisely to England and France, where the Australian firm Sundance resources lodged a complaint against the two countries with the International Chamber of Commerce (ICC) in London and Paris.

Regarding this affair, Sundance, which had a company in Cameroon, Cam Iron and another in Congo, Congo Iron, announced on July 14, 2021 that it had terminated the functions of the CEO of the company, Giulio Casello to whom d he other responsibilities within the group have been entrusted. Objective, “to benefit from his experience and knowledge of the company and its legal proceedings” since “Sundance mainly focuses on our legal proceedings before the International Chamber of Commerce in London and Paris”. From this perspective, “I am delighted to remain with Sundance in my new roles and look forward to helping the company, our shareholders and all investors to advance the ongoing cases against the governments of Congo and Cameroon,” said indicated the ex CEO.

Cameroon and Congo respectively signed an iron production contract with Sundance Resources in 2012 on these mining sites. Ten years later, the project has not changed much, regardless of the promises of this multinational to invest globally more than 10,000 billion FCFA (18 billion dollars). The decision of Sundance resources “historical partner” of the said project to terminate in November 2020 the contract with the Chinese firm AusSino with which it should evolve into a joint venture after two years of fruitless negotiations has forced Cameroon and Congo to turn to “new reliable partners with the financial capacity to relaunch this project which goes from postponement to postponement” confided the authorities of the two countries.

While the courts go through the case where Sundance claims 90 billion FCFA ($ 162 million) in damages in Cameroon and 126 billion FCFA ($ 226 million) in Congo for the same reasons, report sources close to the file, the Cameroon signed on June 25 with AutSino Resources Group Ltd and Bestway Finance Ltd, a memorandum of understanding (MoU) for the construction of the 510 km railway connecting Mbalam to the port of Kribi. This agreement puts the Chinese firm AutSino Resources in pole position on the mining project of the Mbalam-Nabeba iron deposit, where 40 million tons of iron (Mbalam) could be produced in its first phase in twelve years for an investment estimated at 6000 billion FCFA, approximately 11 billion dollars.

According to our information, Cameroon and Congo “reserve to use all the legal means” they have, the attitude of Sundance resources being able to be assimilated to a “dilatory” to explain its financial inability to carry out this “project. structuring ”.