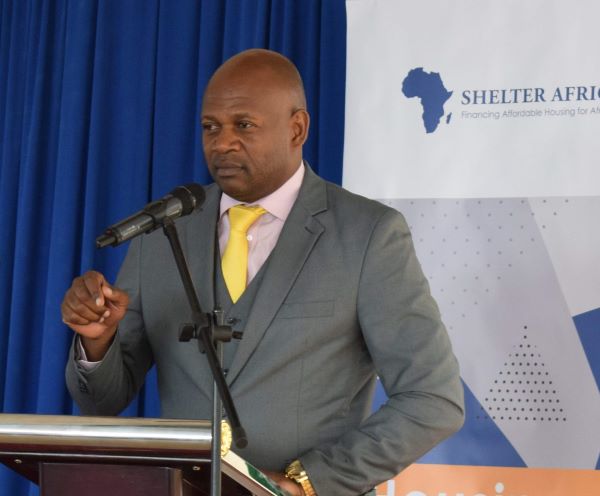 Shelter-Afrique received US $ 9.2 million (KES 1 billion) from the Government of Kenya as additional capital subscription, solidifying the country’s position as the largest shareholder in the Pan-African Housing Development Finance Company.

This contribution brings Kenya’s stake to 18.72%, ahead of Nigeria and the African Development Bank which now hold 13.71% and 13.25%, respectively.

Speaking in Nairobi, Managing Director of Shelter-Afrique, Mr. Andrew Chimphondah, applauded the Government of Kenya for its continued financial and diplomatic support which has enabled the company to achieve its recovery plan on time.

“We are grateful to the Government of Kenya for their continued support and the importance they place on affordable housing. We are especially grateful to Cabinet Secretary for the National Treasury, Amb. Ukur Yatani, for showing this support by honoring this significant payment. We also recognize the role played by the former President of the General Assembly of Shelter-Afrique, the Cabinet Secretary for Infrastructure, Housing, Roads and Urban Development, Mr. James Macharia, for his active role and its leadership as Chairman of the 39th Annual General Meeting, ”said Mr. Chimphondah.

“Even with the COVID-19 pandemic, Kenya has shown its willingness to maintain its support for Shelter-Afrique by honoring its promise. It’s Kenya’s vote of confidence in the strength of the company. We also wish to thank several other Shareholders such as Nigeria, Mali, Namibia, Rwanda, Uganda, Togo, Zimbabwe, Morocco, Lesotho, Swaziland, Cameroon and the Democratic Republic of Congo who have responded positively to the call for recapitalization, ”said the Managing Director.

In 2013 and 2017, Shelter-Afrique Shareholders signed to recapitalize the company through additional share subscriptions.

The company received US $ 9.8 million in 2019, with Kenya leading the contributions with US $ 3.2 million and an additional pledge of US $ 26.9 million it made at the 39th Annual General Meeting. held in Nairobi last year.

Kenya’s recent contribution brings the total amount of additional capital received in recent years to a total of $ 92 million.

CS Macharia, who chaired the Company’s 39th AGM Bureau, said the Government of Kenya is pleased with the company’s rapid turnaround, which posted a profit of US $ 1.85 million in 2020, and has promised additional support. He has pledged that the payment of the principal balance of US $ 16.9 million, to keep Kenya up to date, will be made by the end of 2021.

“As Shareholders, we have high expectations of the Board of Directors and management of Shelter-Afrique. To facilitate and empower the board to meet our expectations and maintain impressive performance, it is important that shareholders meet their capital obligations in return. I am pleased to report that Kenya has fully fulfilled the 2013 capital raising obligations to the tune of US $ 16,207,000. The recently released US $ 9.2 million (KES 1 billion) is the first installment of the portion of the US $ 26,916,976 that Kenya has pledged under the agreement to ‘2017 fundraising appeal,’ Macharia said.

Since its inception, Shelter-Afrique has funded 114 projects in Kenya and approved funding of over US $ 225 million. The Company recently invested US $ 2 million in equity in the Kenya Mortgage Refinancing Company (KMRC).

Shelter Afrique and Government of Cameroon to Establish a Housing Company