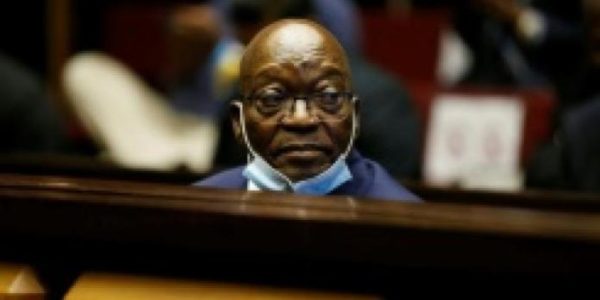 Former South African President Jacob Zuma (79) was sentenced, Tuesday, June 29, 2021, to 15 months in prison by the Constitutional Court “by a majority of its members” for contempt of justice after his refusal to appear before an anti-corruption commission ordering him to surrender within “5 days”.

“The Constitutional Court has no choice but to find that Mr. Zuma is guilty of contempt of justice,” said Judge Sisi Khampepe. After explaining that “this kind of reluctance and defiance is illegal and will be punished”, she stressed that she has “no choice but to imprison Mr. Zuma, in the hope that this sends an unequivocal message. (that) the rule of law and the administration of justice prevail ”.

South African justice accuses former president Jacob Zuma, already implicated by some forty testimonies, of having multiplied the maneuvers to avoid having to explain himself, piling up appeals or asserting his right silence, since the creation in 2018 of the commission to investigate generalized corruption during his nine years in power.

Thus, not having appeared at the end of February 2021, the commission called for a sentence of two years in prison against the former president Zuma who had ignored the commission and a decision rendered in January by the Court, forcing him to appear and depriving him of the right to remain silent.