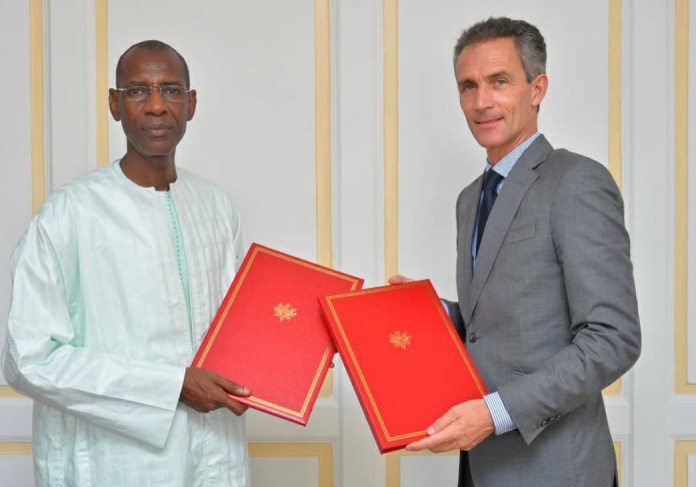 Senegal and France concluded, on Friday June 25, 2021, a second agreement within the framework of the Debt Service Suspension Initiative (ISSD) launched in 2020 by the member countries of the G20 and coordinated by the Paris Club. , indicates a press release from the Senegalese Ministry of Finance.

This agreement was signed by Mr. Abdoulaye Daouda DIALLO, Minister of Finance and Budget and His Excellency Mr. Philippe LALLIOT, Ambassador of France in Senegal.

Cumulatively, since the launch of the ISSD in May 2020, the total amount

of outstanding debts which have been suspended between Senegal and France is CFAF 32.3 billion, ”the statement said.

The signing of the ISSD extension agreement reflects the excellence of diplomatic, economic and financial relations between the Republic of Senegal and the French Republic.

Senegal intends to allocate the budgetary space thus freed to the financing of health, social and economic expenditure to combat the effects of the pandemic and to help revive its economy.

The Debt Service Suspension Initiative is implemented by official bilateral creditors, with support from the IMF and the World Bank, to meet liquidity needs and mitigate the effects of Covid-19

Senegal: 3.8 point deterioration in the business climate in June