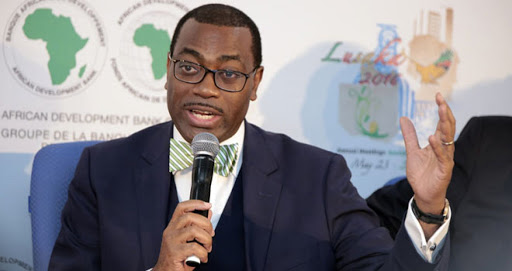 The 2021 Annual Meetings of the African Development Bank Group opened on Wednesday, virtually, devoted the first discussions on African debt management. Several participants insisted on the need for internal reforms, debt restructuring and efficient international support to revive African economies and avoid over-indebtedness on the continent.

Africa recorded its worst economic recession in the past 50 years in 2020 due to the Covid-19 pandemic. This pandemic has caused enormous financing needs of states, widened budget deficits and pushed into debt. In order to avoid the over-indebtedness that could push African economies into the abyss, the African Development Bank is devoting the first day of discussions to the issue of African debt. Entitled “From Debt Resolution to Growth: The Way Forward for Africa,” this knowledge-based Annual Meetings is the first in a series of three meetings devoted to debt, climate and climate adaptation as well as the fight against the Covid-19 pandemic.

According to the President of the African Development Bank, Dr Akinwumi A. Adesina “the deep scars left by the Covid-19 pandemic (in Africa) will take time to be removed”.

The reality of African debt

As of May 2021, 17 out of 38 African countries for which a sustainability analysis was available were in debt distress, 12 countries were at moderate risk of debt distress, and six countries were already in debt distress. The structure of the composition of African debt has undergone significant changes over time from traditional sources such as multilateral lenders and the Paris Club to that of private and non-Paris Club creditors. In 2000, bilateral creditors, notably Paris Club members, held 57% of the debt of African countries. This share fell to 27% in 2019.

On the other hand, the share of debt held by private creditors has more than doubled from 17% to 40% in 2019. The total outstanding African debt of 841.9 billion dollars at the end of 2019 Today represents more than twice the annual revenue of African governments of $ 501 billion. Last year, interest payments on the continent’s debt reached 20% of tax revenues in African countries and exceeded one-third of revenues in some countries. Likewise, public debt in North Africa increased by around 12 percentage points to an average of 88% of GDP last year.

The African Development Bank estimates that Africa will need additional financing of 485 billion dollars between 2021 and 2023: “It is evident that without debt restructuring many more African countries will face a situation of debt distress, warns President Adesina. The biggest challenge for us is to find the resources and reduce the level of debt “.

The goal is to absolutely prevent Africa from losing another decade as it did in previous debt restructurings which took eight to ten years and did not produce significant deleveraging.

The solutions to be implemented

One of the immediate solutions is to implement as quickly as possible available to African countries the 33 billion Special Drawing Rights (SDRs) announced at the Summit on African Economies in Paris as well as the 100 billion dollars in SDRs that industrialized countries wish to make available to African countries through the African Development Bank. This would strengthen the G20 Debt Service Suspension Initiative and the International Monetary Fund’s (IMF) Common Debt Resolution Framework, aimed at providing debt relief to the most vulnerable countries.

It is also important to put in place an African stability mechanism to help African economies protect themselves from exogenous shocks, insisted the president of the African Development Bank.

For Kristalina Georgieva, Managing Director of the IMF, “Obviously, the best way to manage debt is for economies to grow. This is no easy task during the pandemic, as governments face reduced revenues and increased spending on crisis measures. But this crisis is an opportunity for transformative reforms to improve the civil service “. Explaining that the IMF was considering increasing its zero-interest lending capacity, Kristalina Georgieva announced that “Africa can count on the IMF” to implement its recovery efforts and transformative reforms.

Kristalina Georgieva and Ngozi Okonjo-Iweala, Director General of the World Trade Organization (WTO) both insisted on the need for Africa to benefit from vaccines to emerge from the health crisis to better rebuild after Covid-19.

“African debt management strategies should take into account external shocks because they limit fiscal space and have a significant impact on indebtedness. Finally, we are not going to go into cycles of debt, restructuring and recovery, this is bad for long-term growth and living conditions, ”said Ngozi Okonjo-Iweala.

In two separate panels moderated by ministers in charge of finance and planning, central bank governors and governors at the African Development Bank, participants felt that it was necessary for African countries to strengthen resource mobilization to manage public finances and debt in a transparent and productive manner. But above all, to ensure full transparency on the debt held by public enterprises that are not members of the Paris Club, in particular loans guaranteed from bilateral creditors. It would also be necessary to fight more against corruption, to work on the efficiency of expenditure, to have budgetary discipline, to put in place strong institutions for public expenditure, to curb illicit financial flows, to have better financial management and to strengthen the links between debt, growth, and governance.

The digitalization of the collection and expenditure circuit should also be developed in order to reduce wastage. Countries need to make better use of debt by focusing on financing productive social and economic infrastructure. With stronger institutional capacities, it is possible to enhance the effectiveness of public investments financed by debt.

Recalling that debt management also depends on the health of central banks, Tarek Amer, governor of the Bank of Egypt and governor of his country at the African Development Bank, recalled that “monetary policy, exchange rate, fiscal policy, exchange rate policy, all these must remain independent ”and the public authorities must ensure to create jobs, ensure price stability, through structural reforms so that economic growth and private sector development can help to reduce debt.

Maroc Leasing: net income up sharply in the second quarter of 2021