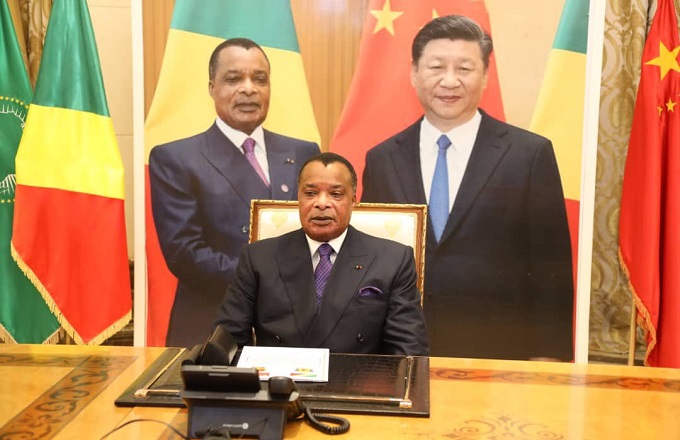 Congo is taking a deep breath with China’s decision to restructure its debt. This is an overall slate of 1300 billion FCFA ($ 2.2 billion) representing public debt, private and commercial debts.

This is the main decision that emerges from the telephone interview that Congolese President Denis Sassou Nguesso and his Chinese counterpart Xi Jinping had earlier this week. A real breath of fresh air for the Congo, which is going through a difficult economic situation following the failure by the Congo to obtain concessional loans from multilateral partners, in this case, the World Bank (WB) and the International Monetary Fund (IMF).

The rescheduling of the Congo’s debt allows the country to have room for maneuver in financing its economy and favors the resumption of negotiations with the Brettons Woods institutions. These negotiations were interrupted because of the unsustainability of the Congolese debt, which caps at 110% of the GDP (Gross Domestic Product).

The ineligibility of the Congo to the Extended Credit Facility (ECF) of the IMF has dealt a severe blow to the national economy in an unfavorable economic context marked by the depreciation of commodity prices on the international market, in particular oil which constitutes more than 80% of budgetary resources and the outbreak of the Covid-19 pandemic.

“The two presidents obviously raised the question of the debt which is an obstacle at the present time to the conclusion and the continuation of the good relations with the IMF. Since 2019, the Covid-19, the crisis has worsened on our side and the debt has become even more unsustainable. Isn’t it time to do a second restructuring to allow the country to have a little more resources to meet its internal needs, then to remove this obstacle to good relations with the IMF ”summarized the Minister of Finance Rigobert Roger Andély.

In addition to the restructuring of the Congolese debt, the two heads of state reviewed development projects, particularly in the infrastructure, telecommunications, transport, water and energy sectors.

In 2019, China had already restructured Congo’s debt, the overall envelope of which is over 6,000 billion FCFA (nearly 11 billion dollars).