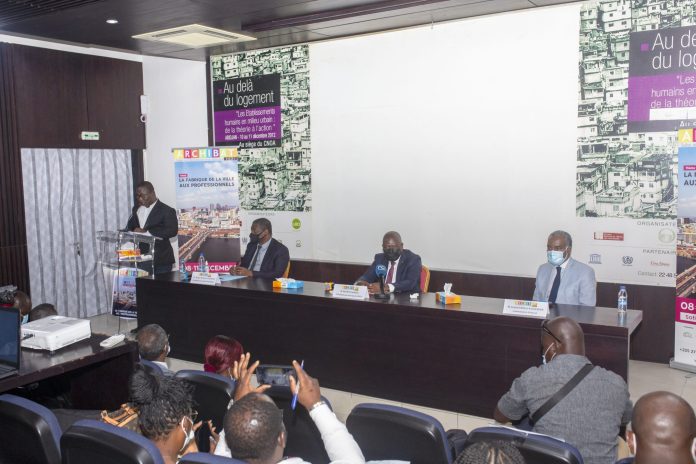 The National Council of the Order of Architects of Côte d’Ivoire (CNOA) is organizing, from December 8 to 11, 2021 in Abidjan, the eighth edition of the Architecture and Building Fair called “Archibat”. A biennial for professionals in the built environment which, this year, is held around the theme: “The making of the city for professionals”.

According to the organizers, this theme was chosen well because, according to Koupo Gnoléba, interim president of the CNOA, “not everyone builds the city”. While the current observation is that “for three decades, the urban environment has changed. But these socio-economic transformations have produced anarchic urban planning effects because they were made without the real players in the built environment, which are all the professionals in the construction of the city, ”he lamented on June 15, 2021. of the official announcement of the event. Hence the “many cases of flooding and other building collapses.”

Archibat 2021 will therefore be an opportunity for participants expected from West Africa as well as from other parts of the world “to share their experiences in the fight against the phenomenon of anarchic constructions which do not respect the regulatory framework in force. in Côte d’Ivoire and to reflect on the political responses and measures that it would be urgent to take to improve professional practices in this sector ”.

Note that for this 2021 edition which will be like a kind of general state of urbanization, the Architecture and Building Fair for Ivorian professionals in the built environment provides, according to the commissioner general Ismaël Boga N’Guessan, 300 exhibitors and expects more than 25,000 visitors to the Sofitel Hotel Ivoire in Abidjan.