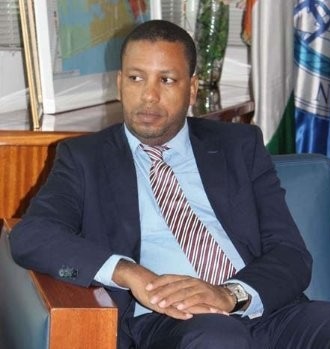 Ahmed Salem El Arbi, executive of the National Industrial and Mining Company of Mauritania (Snim), is appointed head of the National Company for Agricultural and Works Developments (SNAAT).

His appointment comes in a context marked by the declared will of the public authorities to engage the country on the path of food self-sufficiency or, failing that, to reduce the country’s dependence on foreign countries, in particular the country. Moroccan neighbor where all the fresh products (vegetables and fruits) sold in Mauritanian markets come from. Contributing to the realization of this ambition will be the main challenge for Ahmed Salem El Arbi. But to get there, he will first have to get the company he is in charge of out of the rut. The SNAAT, founded in 2008, which derives its income from agricultural developments and the rental of its machinery, being occasionally confronted with financial problems.

Holder of a mechanical engineering degree issued by the Odessa National Maritime Academy (Ukraine) and a doctorate issued by the University of Le Mans (France), Ahmed Salem El Arbi joined the Snim in 1999 before climbing the echelons.

Head of locomotive depots from 1999, he was promoted to head of the railway maintenance department in 2006. In 2012, he became project manager within the company’s strategic project monitoring departments before being appointed General Manager of the Port of Nouadhibou (the economic capital) in March 2014 and, seven months later, Director of the Mauritanian Electricity Company (Somelec). Back at Snim, he became a project manager and then advisor to the managing director (ADG) of the mining company.