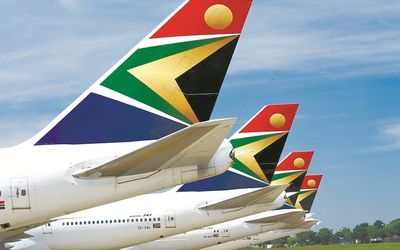 The private Takatso consortium has taken a majority stake of 51% in the airline company South African Airways (SAA), announced state sources this Friday, June 11. The consortium is pledging an initial sum of more than 3 billion rand (221.60 million USD) to breathe new life into the ailing national airline.

“The government will keep a 49% stake while the financial partner will hold 51%,” said Pravin Gordhan, Minister of Public Enterprises. “The aim of bringing in a financial partner for SAA is to augment it with the technical, financial and operational expertise required to ensure a sustainable, agile and viable South African airline,” he added.

For his part, the co-founder and chairman of the Takatso consortium, Tshepo Mahloele, in a statement said he has the experience, expertise and capital to transform SAA into a substantial operational enterprise.

For several years, the national airline has been going through a delicate financial situation. In fact, the authorities have repeatedly announced a rescue plan to deal with the crisis.

Between 2011 and 2019, SAA has benefited from state interventions several times. His situation worsened further during the Covid-19 pandemic, with all operations being put on hold in September 2020.

The airline is one of a handful of South African state-owned enterprises that rely on government bailouts, putting the national budget under enormous pressure in an era of growing debt.

With a fleet of more than 50 planes (Boeing, airbus, etc.), SAA serves 57 destinations in South Africa and across the continent.