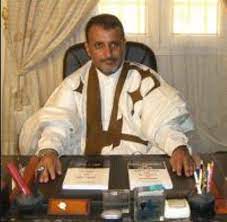 It has just canceled the shorlist of companies pre-qualified for the PPP feasibility study of the drinking water supply project in northern Mauritania. With a budget of 3 billion euros, this project, the summary of which was carried out by the British giant Mott Macdonald, is the largest project in the Nouadhibou Free Zone (ZFN).

The companies preselected in July 2020 must take their troubles patiently. This is Ernst & Young; PwC (both members of the Big Four); Artelia recruited in 2019 for the consulting component of the mega electrical project of the Mauritanian Electricity Company (Somelec) for an amount of over $ 300 million, from the Egis firm which is responsible for monitoring the extension project of the port of Nouakchott in ‘an amount of $ 390 million, from IDEA Consult, Taylor Wessing …

The contract to recruit a firm for the feasibility study in PPP of the DWS in northern Mauritania is declared unsuccessful due to a budget overrun deemed unsustainable by the project’s resources, says ZFN.

This project aims to meet the industrial and domestic needs of the regions of Inchiri, Adrar, Tiris Zemmour and Nouadhibou which are located in northern Mauritania and where mining activities are concentrated.