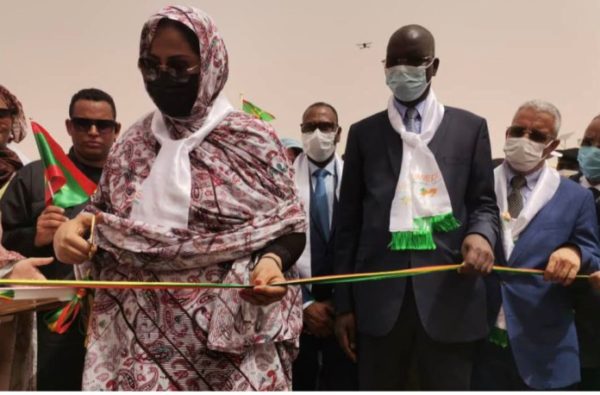 The city of Kaédi, regional capital of Gorgol, 400 km south of Nouakchott, capital of Mauritania, hosted, on Monday June 7, 2021, the launching ceremony of the second phase of the Sahel Women’s Empowerment and Demographic Dividend program (SWEDD 2 ) of the World Bank. Four ministers including Kane Ousmane Mamoudou, Mauritanian Minister of the Economy and Productive Sectors, the resident representatives of the United Nations Population Fund (UNFPA) and the World Bank, diplomats, notables and politicians responded to this report. great meeting.

The SWEDD2 program was launched by the First Lady of Mauritania, Ms. Mariem Mohamed Fadel Dah. An opportunity for her to carry the voice of all Mauritanian and Sahelian women in their economic emancipation. Phase 2 of SWEDD coincides with Mauritania’s presidency of the regional project steering committee.

Launched in November 2015 in Niamey, this program for the empowerment of women and the demographic dividend in the Sahel concerned, in its first phase, Burkina Faso, Côte d’Ivoire, Mali, Mauritania, Niger and Chad. Its goal is to promote the empowerment of women and adolescent girls as well as their access to quality reproductive, maternal and child health services. In the initial phase, 205 million dollars had been allocated to the countries concerned by the World Bank, including 15 million dollars for Mauritania through a program spread over 4 regions, in particular the two Hodhs, the region of Assaba and that of Guidimakha. For the second phase of the SWEDD project, an envelope of $ 370 million was released by the same partner to the Sahel countries, including $ 60 million for Mauritania.

Based on the success of the first phase and the satisfaction of the strategic financial partner, the SWEDD2 program will concern, in addition to the four starting regions, two new regions, namely that of Brakna and that of Gorgol located in the south of the country. Cameroon and Guinea, new major members, will join the Sahel countries in this project, which is in line with the African Union’s Agenda 2063, as well as the national strategies of the various beneficiary countries.