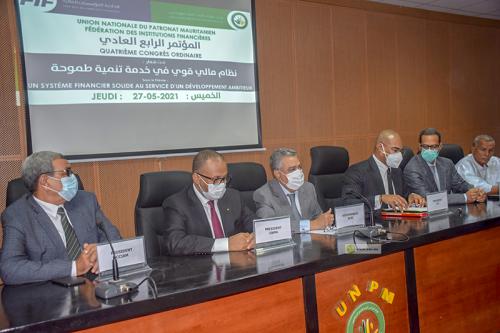 Mohamed Ahmed Salem Bouna Moktar, Deputy Director General and member of the board of directors of Banque El Amana (BEA), was elected head of the Federation of Financial Institutions (FIF), one of the eleven federations of the National Union of Mauritanian Employers (UNPM).

He succeeds Moulaye Ould Abass, CEO of the Mauritanian Bank of International Trade.

The election took place between the second generation of Mauritanian bankers. The winner is in fact the son of Ahmed Salem Bouna Moktar, the businessman who bought the Banque de l’Habitat, a mixed capital institution, then renamed Banque El Amana, of which he now occupies the chair of Chairman of the Board of Directors.

Leila Bouamatou – the daughter of businessman Mohamed Ould Bouamatou, CEO of the eponymous group Bouamatou Société anonyme (BSA) – was also in the running for the position of leader of the FIF. She is the first Mauritanian to aspire to lead this federation. The one who has just joined the board of directors of the Mauritanian subsidiaries of Canadian gold giant Kinross Gold and whom some saw winning after the vote, narrowly misses the mark.

The election of Mohamed Ahmed Salem Bouna Moktar comes at a time when Mauritania is trying to improve the governance of financial institutions, financial stability and protect users of financial services.