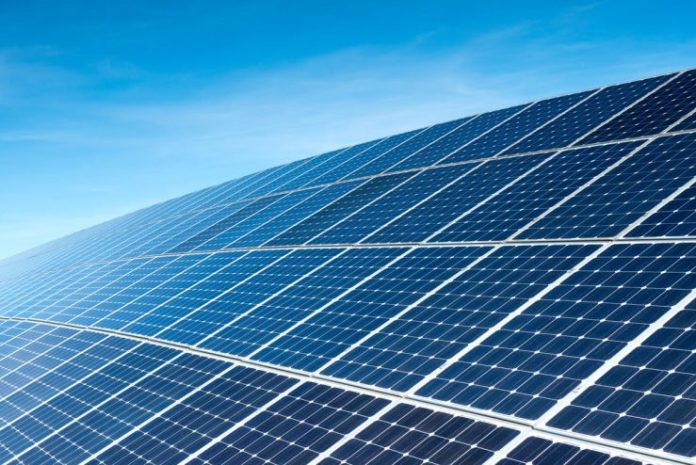 Alongside the companies Gridworks Partners and AEE Power Ventures, the Pan-African industrial group Eranove has signed with the government of the Democratic Republic of Congo (DRC), represented by the Congolese Minister of Hydraulic Resources and Electricity, Mr. Mwenze Mukaleng, the 22-year concession agreement for the design, development, financing, construction, production, operation, maintenance, marketing, distribution and maintenance of three solar mini-grids in the towns of Gemena , Bumba and Isiro, in the north of the Democratic Republic of Congo. Also present at this signing ceremony were the Governors of the three provinces concerned, the Ambassador of the United Kingdom in the DRC as well as the Coordinator of the Project Coordination and Management Unit (UCM), an independent management body attached to the Presidency.

Resulting from an international call for tenders launched in January 2019, this project called “Essor” should make it possible to supply 460,000 inhabitants in these three localities chosen for the absence of reliable, affordable and clean alternative operational solutions for electrification in short and medium term, despite their economic dynamism. The company “Moyi Power”, “the power of the sun” in Lingala, was created to carry out this project.

By eventually serving 1.4 million inhabitants, this “Essor” project, launched by the Congolese Ministry of Energy and Hydraulic Resources (MERH) in partnership with the United Kingdom government, is a model in the field of renewable energy distributed by its size and critical mass.

Moyi Power will implement isolated local power grids that will distribute electricity to homes and businesses from renewable sources such as solar and wind power – independent of the national grid.

Funding of approximately $ 100 million (€ 82 million) – in consortium equity, debt provided by development finance institutions (DFIs), and capital grants – will be mobilized by the consortium for deployment. of the three sites. Following the financial close and other contractual agreements, Moyi Power will begin construction of the three power plants and associated distribution networks.

“This signing marks the concrete launch of a significant development project for both the Eranove Group and the DRC, in order to improve access to electricity. This public-private partnership model combines local African and international expertise to meet the specific needs of users and optimize natural resources. Mini-grids perfectly synthesize the virtuous model that our Group promotes on the continent since they allow energy to be supplied to areas that are deprived of it, isolated, to compensate for the infrastructure deficit while ensuring continuity of access. electricity and quality services. This innovation is complementary to interconnected networks with high potential to meet the challenges of economic and social development and the fight against global warming. We thank once again the Congolese State for its confidence as well as all of our partners for their support “, declared Mr. Marc Albérola, Managing Director of the Eranove Group.

In addition to the Eranove Group, which will provide its know-how in the operation and maintenance of production, distribution and marketing facilities, this international consortium brings together Gridworks Partners, a development and investment platform specializing in transport and off-grid electricity distribution in Africa 100% owned by the British Development Bank (CDC), and the AEE Power Ventures Group present in 13 African countries in the electricity infrastructure construction sector.

“We are happy to kick off this new adventure of Moyi Power. We are happy to lead it alongside the Eranove Group and AEE Power Ventures, and we are proud to serve the Government of the Democratic Republic of Congo and its people, ”said Simon Hodson, Managing Director of Gridworks.

“AEE Power has been involved for many years in the energy sector in Africa, especially in the DRC. We are delighted to participate in the Essor project alongside our consortium partners and the Congolese authorities. We are convinced that the participation of private capital and skills is essential for the development of the electricity distribution sector on the continent and we are delighted to be part of this pioneering project ”, stated Mr. José Ángel González, President from AEE Power.

“This project constitutes a high point for the Democratic Republic of Congo, which can bank on very significant natural and renewable energy resources in order to meet the electricity production deficit while responding to the challenge of environmental and climate transition. The Essor program makes it possible to provide long-lasting access to the energy necessary to improve living conditions and increase opportunities for economic activities. Gemena, Bumba and Isiro are just the start! “, Concluded the Congolese Minister of Hydraulic Resources and Electricity, Mr. Olivier Mwenze Mukaleng.

The Essor project, which ultimately plans to equip 23 additional localities, should also have a significant impact on climate change by reducing carbon emissions thanks to the displacement of diesel production – while the Democratic Republic of the Congo aims to reduce its greenhouse gas emissions by 17% by 2030 while the rate of access to electricity is 10%.

Also in Ivory Coast, the public service management subsidiary of the Eranove Group, the Ivorian Electricity Company (CIE), operates on behalf of the State of Ivory Coast, the Generation, Transport, Distribution and Commercialization of electrical energy. In addition, the CIE is deploying the Electricity For All Program (PEPT) which has made it possible to connect 1,022,000 households to electricity services, over the 2015-2020 period, with connection-subscriptions and installation kits at reduced cost. . 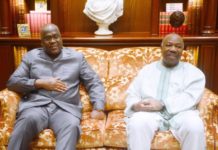 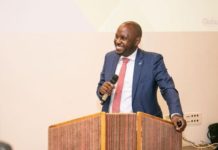 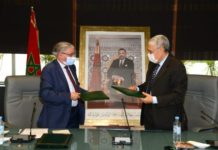