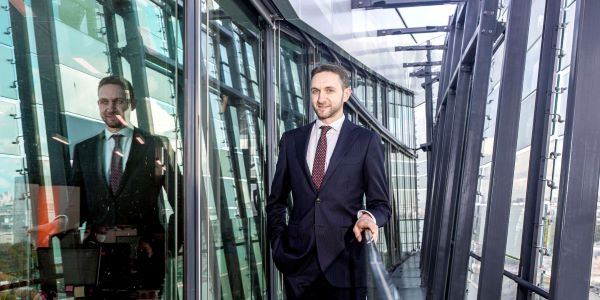 The Prize will be awarded this Monday, May 31 at 6 p.m., in the auditorium of Le Monde, in the presence of the winner Xavier Jaravel and the nominees Aurélie Ouss, Vincent Pons and Josselin Thuilliez. This ceremony can be followed live on LeMonde.fr, lecercledeseconomistes.fr and on the Youtube and Facebook accounts of the Cercle des economistes.

The ambition of the Best Young Economist Prize is to recognize not only the excellence of the academic production of young French economists, but also their contribution to the public debate in terms of economic policy or decision-making among private or public actors, possibly touching other social sciences.

This prize was previously awarded to economists at the start of their careers, and who today are recognized in academia and economics: Isabelle Méjean, professor at the Ecole Polytechnique, Stefanie Stantcheva, professor of economics at Harvard, Esther Duflo, Nobel Prize for Economics 2019, Thomas Piketty, professor at the Paris School of Economics, Philippe Martin, President of the Economic Analysis Council of the Prime Minister, Agnès Bénassy-Quéré, chief economist of DG Trésor.…

Aged 31, Xavier Jaravel is Associate Professor at the London School of Economics, currently on secondment to the Inspectorate General of Finance and member of the Economic Analysis Board. A graduate of Sciences Po Paris, he defended his thesis in 2016 at Harvard University. Through his publications (Review of Economic Studies, Quarterly Journal of Economics, American Economic Review, Economic Journal, etc.), he already enjoys proven academic notoriety and he is the recipient of several scientific prizes.

His work mainly focuses on the dynamics of innovation, their factors, in particular the social origin of inventors, and their microeconomic and macroeconomic effects. Empirically, he conducts quasi-experimental analyzes by mobilizing very fine databases (patents, types of products, imports) thus revealing the differentiated impact of innovations on the relative prices of goods, and hence on inequalities. . He also discussed the distortions the US-China trade war has brought to consumers. He is very active in public debates, in the Anglo-Saxon press and in France.

Presentation and method of selection

Inspired by the prestigious John Bates Clark Medal, which, on the initiative of the American Economic Association, recognizes every odd year the best young American economists (under 40 years of age) who have made a significant contribution to thought and to economic knowledge, the initiative of Le Monde and the Cercle des economistes, since 2000, responds to the dual desire to reward the work of a young researcher and to make the many facets of economics better known.

The method of selecting the winner and the nominees, defined jointly by the members of the Cercle des economistes and the editorial staff of Le Monde, comprises two stages:

– First, from applications submitted by candidates from across academia, the members of the Circle select each of the candidates chosen according to the list of their work and five texts representative of their research. Ten of them are selected, from among which the finalists are chosen, the number of which varies from year to year.

– During the second stage, a Le Cercle des Economistes – “Le Monde” jury elects the winner and the nominees