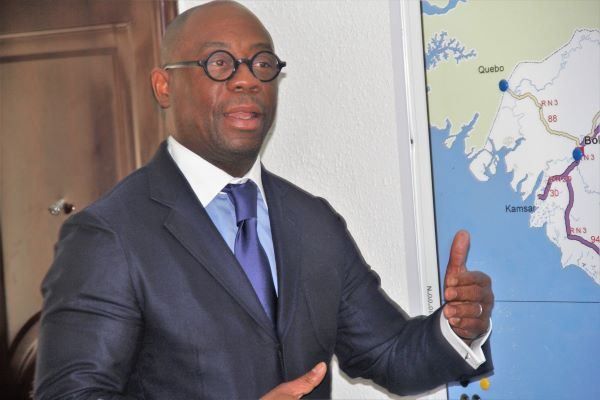 After approving the minutes of the 122nd meeting, held on March 17, 2021, the Board examined and approved four (04) financing proposals for a total amount of CFAF 95 billion, a proposal for the reorganization of loan conditions and a short-term credit line in favor of BOAD. These new approvals bring BOAD’s total commitments (all operations combined) to 6,430.2 billion FCFA since the start of its operational activities in 1976.

The loans approved concern the partial financing of the following projects:
• Secondary Towns Pluvial Sanitation Program (PAPVS) in the Republic of Benin: town of Parakou (BOAD. The overall program aims to build, in secondary towns, primary and secondary stormwater drainage collectors as well as the development of urban roads in the zone of influence of the planned collectors This intervention by BOAD concerns the construction of 12,041 ml of primary and secondary collectors and 1,882 ml of roads in the city of Parakou. The overall program is to strengthen the stormwater drainage network of the target cities in order to contribute to reducing the vulnerability of populations to the risk of flooding as well as to the creation of viable socio-economic infrastructure. operation: 20 Billion FCFA.
• Construction and asphalting of the Regional Road N ° 11 (RR11) Kolinka-Fara-Poura crossroads in Burkina Faso. The project aims: i) construction and asphalting of regional road n ° 11 (RR11), Kolinka (Branch RN20) –Niégo – Fara – Poura – Poura Carrefour (Branch RN01) over a length of 92 km and a width of 10.20 m in the current section and 12.20 m crossing an urban area, ii) the development of an access ramp to the Fara Medical Center over a length of 2.5 km and a width of 10.20 m and iii) the construction of 100 km of rural tracks. The overall objective is to help strengthen the economic integration of the Boucle du Mouhoun, Center-West and South-West regions. Amount of the operation: 30 billion FCFA.
• Rehabilitation and extension of Diffa Airport, in the Republic of Niger. The purpose of the project is to rehabilitate and extend Diffa airport, comprising: (i) extending the airstrip from 1800 m to 3000 m and widening it from 30 m to 45 m; (ii) construction of a 380 m long and 38 m wide taxiway, and a 3.6 ha apron; (iii) construction of an air traffic control tower; (iv) construction of an airport terminal and an honor lounge; (v) construction of a fence wall; (vi) the carrying out of related works and various fittings and (vii) the supply and installation of various equipment. The overall objective of the project is to improve the living environment of the urban population of Diffa and the growth of economic and commercial activities, thus contributing to the reduction of poverty in its area of ​​influence. Amount of the operation: 25 billion FCFA.
• Creation and operation of an industrial and logistics park by the company Plateform Industrial Adétikopè (PIA) SAS in Togo. The purpose of the project is to build and operate an integrated industrial platform of 132 ha in Adétikopé (Togo). The objective is to contribute to (i) improving the added value of national agricultural and mining production by creating the conditions for its industrial transformation as well as (ii) increasing the country’s logistical capacity. Amount of the operation: 20 billion FCFA.
In addition, the Board approved, in addition to the aforementioned financing, the i) reorganization of the BOAD loan conditions for the partial financing of the construction project of a four (04) Star hotel by the company CHAIN ​​HOTEL ABIDJAN (CHA ) SA in Côte d’Ivoire and ii) establishment of a line of credit from the Arab Bank for Economic Development in Africa (BADEA) to BOAD, for the financing of short-term operations. Amount of the operation: 27.16 Billion FCFA (50 Million US dollars)
Closing the work, President Serge EKUE, on behalf of the Board of Directors, thanked all of the Bank’s teams for their mobilization and the technical means implemented to hold this session under the best possible conditions.

PRCA Africa Network: Kwame Senou appointed to the board of directors

Mali: Alhassane Salif Sissoko, a banker as Chairman of the Board of Directors of SGI Global Capital