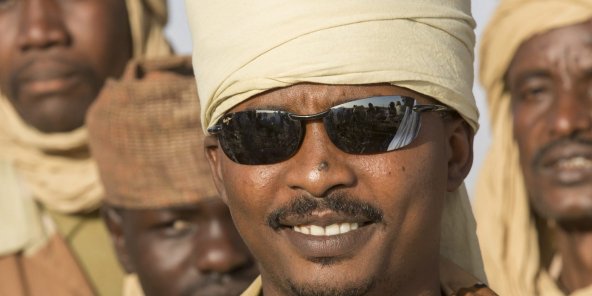 The disappearance of Idriss Deby Itno on April 20 led to a transition featuring General Mahamat Idriss Deby, 37, one of the late president’s many sons. Nicknamed “Kaka”, the latter is, like his father, a pure military man but also one of the central cogs of the Zaghawa clan in power for more than thirty years.

Before being propelled to the head of the Transitional Military Council (CMT), he headed the powerful Directorate General of the Security Service of State Institutions (DGSSIE). With several thousand seasoned and over-equipped men, this Praetorian Guard, heir to the Presidential Guard built on an ethnic basis, was the heart of the late president’s regime. It is at the forefront of the anti-jihadist fight but also of the battles against the multiple rebellions worrying the N’Djaména regime in recent years.

Trained in Chad but also at the military school of Aix en Provence, in the south of France, Mahamat Idriss Deby was in operation during the attack on the columns of the Union des forces de la Résistance (UFR), a coalition of rebel movements led by Timan Erdimi, in 2009. The DGSSIE is also responsible for the security of the Palais Rose. Mahamat Idriss Itno was also in operation in Mali within the Chadian Armed Forces in intervention in Mali (Fatim) in support of the French operation Serval.

At the head of the CMT, Idriss’s son Deby Itno has been given full powers to lead the transition, which will theoretically last for 18 months. All the country’s institutions, including Parliament, have been suspended. A government under the supervision of the CMT must be formed in the coming hours. Like Joseph Kabila when the latter succeeded his father, Laurent-Désiré Kabila, in 2001, Mahamat Idriss Deby is surrounded by generals, a total of fifteen braided personalities who formed the architecture of the old system. These include the Chief of Staff and General of the Armed Forces Abakar Abdelkerim Daoud; the director of military intelligence, Tahir Erda Taïro, and outgoing ministers of security and the armed forces.

It remains to be seen whether Chad’s new strongman will succeed in ensuring the transition to “democratic and transparent elections” as the CMT has committed to. Idriss Deby Itno died when multiple tensions were already appearing in recent months within his absolutist regime. It is not certain that it will be able to maintain its cohesion and unity over such a long transition and already contested by the entire Chadian opposition.

Malagasy President mobilizes against the pandemic