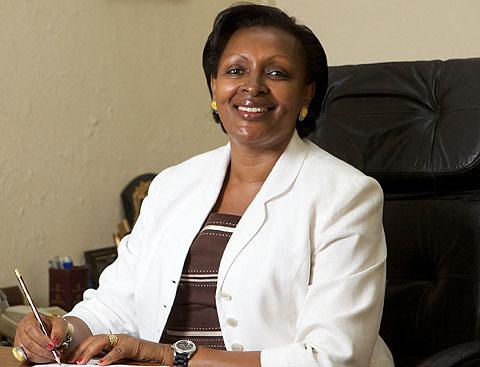 Russia and Uganda want to strengthen their economic cooperation. Indeed, the Roscongress Foundation and the National Chamber of Commerce and Industry of Uganda have signed a cooperation agreement, according to a press release issued on Friday (April 16th).

It was on the sidelines of a virtual ceremony that the two parties signed the agreement. The document was initialed by Alexander Stuglev, President and CEO of the Roscongress Foundation and Olive Kigongo, President of the Ugandan National Chamber of Commerce and Industry.

This convention aims primarily to strengthen economic relations between the two countries. The two sides agreed to focus on developing world-class joint discussion platforms, strengthening dialogue between the Russian and Ugandan business communities, as well as finding new long-term partnerships.

The CEO of the Roscongress Foundation argued that Russia will do its best to facilitate the development of the economic and trade potential of the two countries and to establish contacts between their communities. “The signing of the cooperation agreement with the Roscongress Foundation demonstrates the will of our countries to increase cooperation in trade, investment and entrepreneurship. Our aim is to put the agreement into practice for the benefit of the Russian and Ugandan business community, ”Ugandan Olive Kigongo said.

For several years, Kampala and Moscow have intensified their relations of cooperation in several fields, particularly energy. In 2019, Russia and Uganda signed an intergovernmental cooperation agreement in the field of civilian nuclear power. This, after the signing of a first memorandum of understanding in this area in 2017.