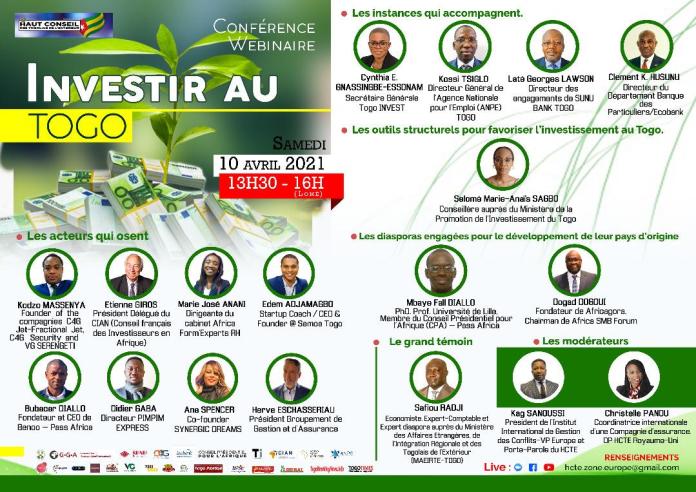 Slowly but surely Togo is advancing on the very strategic question of the mobilization of the diaspora. Under the leadership of Robert Dussey, Minister of Foreign Affairs, Regional Integration and Togolese Abroad, a convinced “diasporist”, the country has made real progress in recent years: organization of diaspora trophies , adoption of a roadmap for mobilizing the diaspora, launching a High Council of Togolese abroad, granting the right to vote to the diaspora in the presidential elections of 2020 … This pro-diaspora voluntarism even constitutes a strong axis of the Togolese pan-African diplomacy, all haloed by this first feat last February: the adoption by the AU of the project “Decade of African roots and diasporas” at the initiative of Togo, aimed at making African diasporas, actors at the forefront of the development of the continent (with the next forum of African diasporas in Lomé)

As for the Togolese diaspora, the best but also the most difficult are yet to come and it will certainly take perseverance to reconcile a diaspora split by history and deemed demanding. It should be understood that Togo, a small country nestled in the Gulf of Guinea, is one of the African countries which has the most to gain from its diaspora. First, because with two million people, almost one in four Togolese lives abroad (i.e. one of the largest% in Africa with the exception of island countries: Comoros, Green cap…). Above all, there is the weight of transfers (10% of GDP) which suggests the full potential of a powerful diaspora as the country embarked on a winning engagement strategy.

The High Council of Togolese Abroad in the Maneuver …

It is precisely to better integrate the diaspora economically and humanly that Togo, like Morocco and Mali, has chosen to institutionalize the dialogue with it via a high council of the diaspora, unlike Senegal or Tunisia. having opted for parliamentary representation. From this political ambition, the HCTE (High Council of Togolese Abroad) was born in 2019, made up of 77 elected delegates who are spread over four zones: Africa (45), Europe (19), Americas (6) and Asia. – Oceania (7).

And a sign that the HCTE already intends to make its mark by putting itself at the service of the diaspora and the national interest, it was organized on Saturday April 10, in partnership with the state holding Togo Invest and the National Agency for the employment (ANPE), a first webinar in XXL format by its duration (2h30) and the number of guests (more than twenty) around the theme “Investing in Togo”.

On this occasion, for more than two hours, the participants (Togolese and foreign institutions, entrepreneurs from the diaspora, experts…) were encouraged to deliver their testimonies sincerely and constructively. With this first unanimously identified need: better communication around investment opportunities and the realities of the Togolese entrepreneurial ecosystem. To which, it was agreed to better structure the sharing of information with the diaspora by creating new dedicated digital media covering essential content (investment opportunities and benefits for the diaspora, modalities for setting up a business, documents on-line…) while also calling for the rapid appointment of a diaspora focal point with the various strategic institutions in connection with the diaspora (Togo Invest, ANPE, OTR ..). An alternative device that will complement the next one-stop-shop for the diaspora, the imminent launch of which should be announced by the Minister of Foreign Affairs, Regional Integration and Togolese Abroad.

Africa has a lot to learn from the Togolese “laboratory” …

With more than 1,700 connected from forty countries, this great first mobilized and above all for the most part, it was able to bring together! This is the main challenge facing HCTE and Togo to speak again and reunite a powerful but indignant diaspora. And according to Kag Sanoussi, spokesperson for the HCTE and president of the International Institute for Conflict Management (France), the way to get there is marked by pragmatism and wisdom: “Beyond ideological and political differences … We can meet on the essentials. And this is the whole stake that we must succeed in maintaining in the general interest by trying to prevent political debates from telescoping this serenity that we want to create. “… or if you prefer as we hear in the streets of Lomé” Lonely tree, the wind makes it fall! “