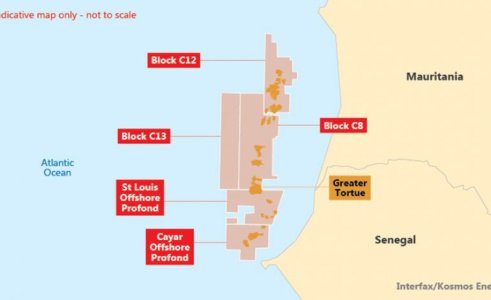 Previously scheduled in 2020, GTA’s subsea engineering works entrusted to McDermott has suffered a significant delay due to the effects of the covid-19 pandemic but will finally start in December 2021 for a 12 months – 17 months period.

This schedule remains in line with the postponement announced by BP which places “First Gas” in 2023. McDermott – along with BHGE – is in fact responsible for the most sensitive part of the GTA project which consists in laying more than 120 km of offshore pipes of various calibers (SURF) which will link amongst others to the FPSO, as well as the Subsea Production System (SPS). Such an activity will represent a major logistical challenge because it will involve transporting 250,000 tons of equipment, including 110,000 tons of line pipes added to several oversized offshore structures such as Spools (AKA Jumpers), Manifold, PLEM, etc.

For the installation of the subsea pipelines, McDermott plans to use the J-Lay technology which the main vessel Amazon is being prepared at the Rotterdam shipyards. This vessel will be supported by the 02 other DLV 2000 and North Ocean 102 (NO 102) vessels in addition to a slew of PSVs, Tugs and other Barges.

Thus, McDermott will shortly announce the name of the lucky winning bidder of this contract estimated at more than 50 million USD including Freight Forwarding, related port operations as well as the marshalling yard which will be dedicated to operations at Nouakchott Port.