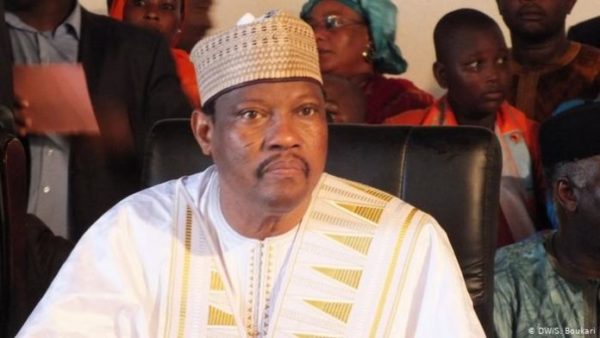 Accused of being at the base of the violent demonstrations of recent days after the proclamation of the results of the presidential election by the Independent National Electoral Commission (CENI), the leader of the opposition party Moden Fa Lumana, Hama Amadou (ally of Mahamane Ousmane), was heard by a judge, and was the subject this Monday, March 1, of a committal for the prison of Filingue located north-west of Niamey, about 183 km from the capital.

For his part, retired army general Tchianga Boureima has been transferred to Ouallam prison. The presidential candidate in the first round, Djibrilla Baré, was released.

It was on Thursday, February 25, that the Nigerien authorities launched an investigation notice against Hama Amadou. He surrendered on his own the next day to the police. Accused of regionalist propaganda and statements likely to pit people against each other, the leader of Moden Fa Lumana is also indexed as an accomplice in demonstrations and destruction of property. Ten charges in total are brought against Hama Amadou.

It should be noted that calm has reigned since Friday in Niamey, which is regaining its normality. The candidate of Rdr Tchanji Mahamane Ousmane, opponent of Mohamed Bazoum in the second round of the presidential election, called on Saturday, February 27, for the release of all detainees arrested during these demonstrations.