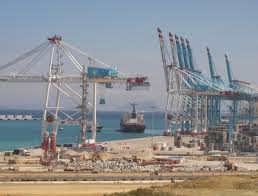 The Port of Tangier Med in Morocco is now one of the top 25 container ports in the world, according to a ranking established by Alphaliner, the merchant marine newspaper.

Located on the Strait of Gibraltar, with a processing capacity of up to 9 million containers, Tanger Med is an industrial-port complex.