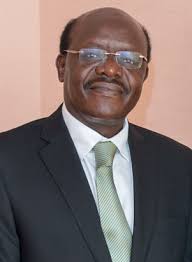 The Secretary General of the United Nations Conference on Trade and Development (UNCTAD), Kenyan Mukhisa Kituyi will leave office early to run for president in Kenya in 2022.

The information is official, “Mukhisa Kituyi has informed (UN Secretary General Antonio Guterres) that he will step down on February 15,” UN spokesman Stéphane Dujarric said. Mukhisa Kituyi’s second term, in office since 2013, was expected to end on August 31, 2021.

His deputy, the Belgian Isabelle Durant, will act until the appointment of a new secretary general for a four-year term, the UN spokesperson said. Asked about the reason for this early departure, Stéphane Dujarric explained that Mukhisa Kituyi wanted to be a candidate for the next presidential election in his country.

Mukhisa Kituyi, born in Kenya in 1956, became Secretary General of the United Nations Conference on Trade and Development on September 1, 2013. Previously, he was Director of the Kenya Institute of Governance, based in Nairobi. He was Kenya’s Minister of Trade and Industry from 2002 to 2007 under the Kibaki presidency.

Mukhisa Kituyi will undoubtedly face the current president and another heavyweight Railla Odinga who has not yet clearly expressed himself on his possible candidacy in 2022. President Kenyatta who is one year from the end of his mandate can not stack up in accordance to the constitutional provisions which limit the number of mandates to two.