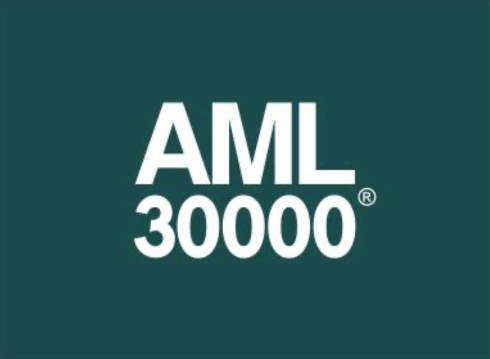 BGFIBank is the first bank in the DRC and one of the few in sub-Saharan Africa to obtain AML 30000® certification, an international standard designed to combat money laundering and the financing of terrorism (AML / CFT).

BGFIBank RDC was advised for 18 months, for the upgrade process, by the Paris office of the first American law firm Hughes Hubbard & Reed LLP. The certification process took 4 months and ended on December 4, 2020. The assessment was carried out by Maghreb Corporate (member of the IWK Group) and the certification issued by COFICERT (Commission for Financial Certifications); two independent organizations which confirm that the bank now complies with the AML 30000® Standard and with a set of essential criteria for the control and management of AML / CFT risks.

BGFIBank RDC certification is based on international requirements and best practices in the fight against money laundering and the financing of terrorism (e.g. FATF); the standard revolves precisely around the risks and pays particular attention to the effectiveness of AML / CFT systems. It also comes after the assessment carried out by GABAC in 2020 in its member countries, including the DRC.

“BGFIBank RDC is an example to follow for the upgrading of institutional AML / CFT mechanisms in the DRC” commented Mr. Samir Brahimi, AML accredited auditor and former President of the FATF Middle East / North Africa. “We congratulate the Bank on obtaining this certification which crowns the tremendous work accomplished and we hope that this will be the first in a long series including the subsidiaries of the BGFIBank Group as well as the banking partners in the DRC”, indicated Maître Dorgans of Hughes Hubbard & Reed LLP. Marlene Ngoyi Mvidia, Managing Director of BGFIBank RDC commented: “We are delighted to receive this prestigious certification and I would like to thank all the employees for the work accomplished to achieve it. We believe it is important for the entire African banking sector to achieve this level of certification in order to reassure local and international stakeholders. »Mr. Henri-Claude Oyima, Chairman and CEO of BGFIBank Group, urges the teams to continuous improvement during the 3 years of validity of the AML 30000® certification.

1- Established in 2017, the AML 30000 standard is one of the most rigorous international financial certifications as well as the first to be specifically adapted to the fight against money laundering and the financing of terrorism.

2- The Financial Action Group (FATF) is an intergovernmental body whose objectives are the development of standards and the promotion of the effective application of legislative, regulatory and operational measures in the fight against money laundering, terrorist financing and other threats to the integrity of the international financial system. The FATF currently consists of 37 member countries, as well as 2 regional organizations.

3- The Action Group against Money Laundering in Central Africa (GABAC) is an organization of the Economic and Monetary Community of Central Africa (CEMAC) created in 2000 to coordinate, energize and evaluate the actions undertaken in within States in the context of the fight against money laundering and the financing of terrorism. GABAC has been an associate member of the FATF since 2015 and is made up of 7 member countries.

Fight against money laundering and terrorist financing: a stricter system and a strengthened regulatory framework in the Republic of Guinea