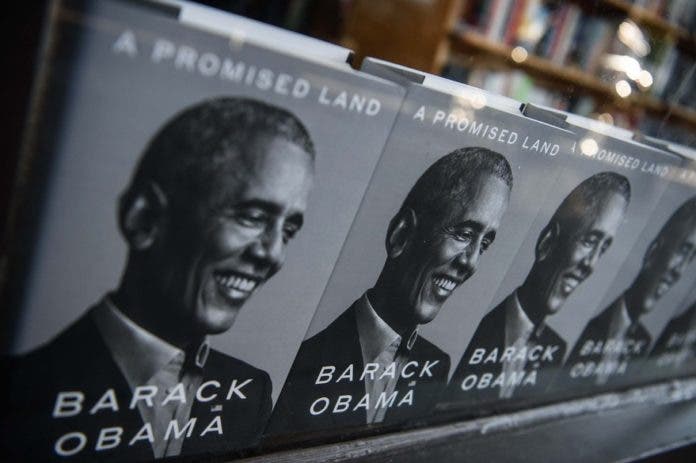 In the first volume of his memoir entitled “Terres Promises” (Fayard), which has already sold more than 900,000 copies, former US President Barack Obama provides comparative psychological portraits of several of the world’s greats. From Vladmir Poutine, “short and stocky”, accustomed to being surrounded by a crowd of servants, to Benyamin Nethanayu, man with the stature of Rugbyman, convinced that the Jews had to be as hard as the region where they lived, to the he Mediterranean mood of former French President Nicolas Sarkozy, down to the gothic and sober precision of German Chancellor Angela Merkel. Everyone goes through it in an 800-page volume that temporarily eclipsed Donald Trump and his electoral saga.

More than comparing Sarkozy and Merkel, Barack Obama goes into it in depth and auscultates their psychological features. Some saw in it the rivalries between Peugeot and BMW separated by a Ford or the top two economies in Europe measured by the world’s leading power. During the G20 Summit in March 2009, French President Nicolas Sarkozy and German leader Angela Merkel are there. According to Barack Obama, “on the whole they got along, although their temperaments couldn’t have been more different.”

When he draws the parallel between the French leader and the German leader, Barack Obama asserts: “It was not difficult to know which of my two European partners would prove to be more reliable”. “What Sarkozy lacked in terms of ideological coherence, he made up for with daring, charm and frenzied energy.”

Seen by Barack Obama, Carla Bruni’s husband was anything but a calm sea, with “his chest bulging like that of a dwarf rooster”, his limited English (Editor’s note: which necessarily is a defect for an Atlanticist) and lover of flattery and swagger. And Obama to mix the brush with the scapel in Sarkozy’s place. ”With his dark skin, expressive features, vaguely Mediterranean (his father was Hungarian, his maternal grandfather a Greek Jew), and short (he was about six feet tall, but wore heels to grow taller) , it looked like a character from a Toulouse-Lautrec painting. Although coming from a well-off family, Sarkozy readily admitted that his ambitions were partly fueled by the feeling of having been a foreigner all his life. ”

For example, remembers Obama, during the Arab Spring and the intervention in Libya, Nicolas Sarkozy “had been strongly criticized in France for having supported the Ben Ali regime in Tunisia to the end [and] suddenly embraced the cause of Libyan people ”.

As for the German Chancellor, she is praised for her calm temperament and depth. “Merkel had large, light blue eyes, which alternated with frustration, amusement, or a hint of sadness. Moreover, his impassive appearance reflected his pragmatic and analytical sensitivity ”. “I found her serious, honest, intellectually demanding and instinctively benevolent,” writes Barack Obama, who does not forget “her conservative temper” and her nature as “a seasoned politician who knew her constituents well.”

For Barack Obama, the German leader is poles apart from Nicolas Sarkozy. But “I have come to see them as usefully complementary,” he writes. “Sarkozy respectful of Merkel’s innate prudence, but often pushing her to act. Merkel, ready to forget Sarkozy’s manias, but with great skill in channeling his most impulsive proposals ”.