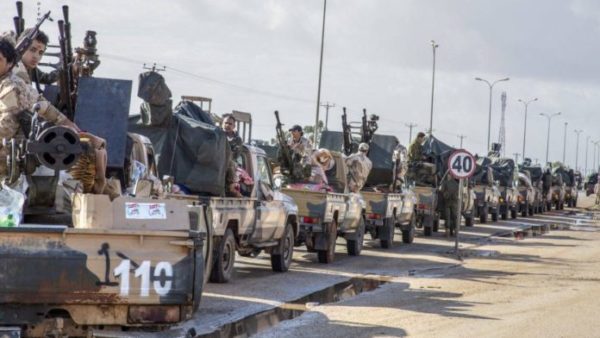 The Moroccan Royal Armed Forces (FAR) put an end to the blockade of the road connecting Morocco to Mauritania overnight from Thursday to Friday. Cut off at the level of the no mand land separating the two countries for a few kilometers by around 60 elements claiming to be from the Polisaro Front, the trans-Saharan route had been impassable for weeks, exposing hundreds of trucks carrying fruits and vegetables and other perishable goods from Morocco and of Spain, to rot. The crisis had been going on since October 2020 and has tended to be recurrent in recent years as the United Nations report on the Sahara approaches.

According to the sober FAR press release dated Friday, a “security cordon” was put in place to “secure the flow of goods and people through the buffer zone of Guerguarate”, linking Morocco to Mauritania. Sometimes called Kandahar, sometimes Guerguérate, this buffer zone has become a kind of exchange for cars, rifles, contraband cigarettes on the most traveled overland route between Europe and Africa.

The FAR say this is just a security operation. “This non-offensive operation and without any bellicose intention is carried out according to clear rules of engagement, requiring to avoid any contact with civilians and to resort to the use of arms only in self-defense”, concludes the press release, very closely scrutinized this morning in Tindouf, headquarters of the Polisario, but also in Algiers, the main support of this movement left over from the cold war, or even within the very inactive command of the United Nations mission in the Sahara, Minurso, responsible for enforcing the ceasefire concluded in 1991 between the parties to the conflict.

Morocco’s main source of fruit and vegetables, Mauritania has seen tomatoes and carrots soar at Olympic prices in recent weeks.